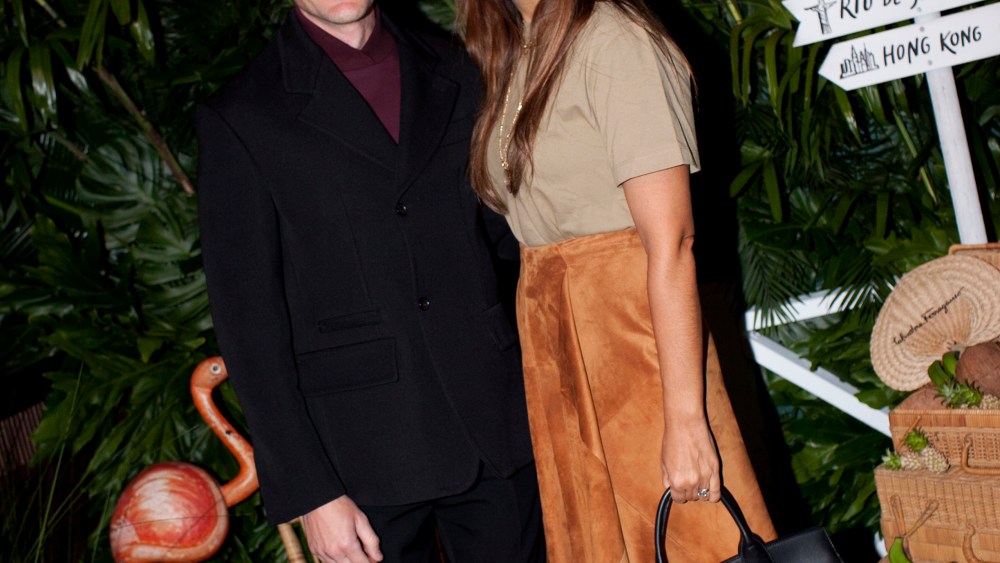 “We all had a long winter,” Laure Hériard Dubreuil said on Thursday night. “We were all dying for sunshine and warmth.”

This, she explained, was the reason behind the “Spring Break” theme for her and Paul Andrew’s party that evening. They’d gathered inside the New York City restaurant Indochine to celebrate a capsule collection she conceptualized with Andrew, the creative director of Salvatore Ferragamo. Hériard Dubreuil’s boutique The Webster SoHo will carry an exclusive line of handbags and shoes, along with the rest of the brand’s spring ready-to-wear collection.

“I’ve been friends with Paul for a long time, and usually we’re vacationing together in the summer in Patmos, Greece,” she continued. “Being in a tropical environment makes so much sense.”

She wasn’t talking about the 50-degree, windy, rainy weather outside. Hériard Dubreuil meant Indochine, which is wallpapered with palm frond prints, kitted out with wicker chairs and a few piles of sand meant to evoke the beach itself. And the guests — which included Antoni Porowski, Timo Weiland, Sabrina Carpenter and Kelsey Asbille — wore bright prints and colorful sunglasses to echo this idea.

“Queer Eye’s” Porowski, as he’s wont to do, waxed poetic on food. He was discussing his recent Instagram post wishing his friend Gigi Hadid a happy birthday, and said she’s almost convinced him that baking is more fun than cooking.

“OK, so, cooking is like painting,” he said. “You get to manipulate it as you go. But with baking, there are a lot of rules and a lot of precision. And that’s just more challenging for somebody like me with severe ADD where I’m constantly trying to change things around.

“But that’s one of the things Gigi and I really get along regarding, is our love of food. We could be having a meal and we’re talking about the next one we’re gonna have.”

Carpenter, meanwhile, stood by a leaf-printed booth in the back of the restaurant, where Peter Brant Jr. sat Juuling with friends. The 19-year-old said she has a nonstop work schedule going on, with few plans for rest during the summer.

“I have a film premiering tomorrow at Tribeca Film Festival, my first indie called ‘The Short History of the Long Road.’ The second half of my album ‘Singular’ is coming out. I have a Netflix film coming out later this year and another one next year,” she said in nearly one, long breath. “I’m filming a movie in Toronto for most of the summer, but I’m also touring. I’ve been on the road for the past couple months. I just got back from Mexico this morning. I’ll be headed to Europe and then back to Latin America again.”