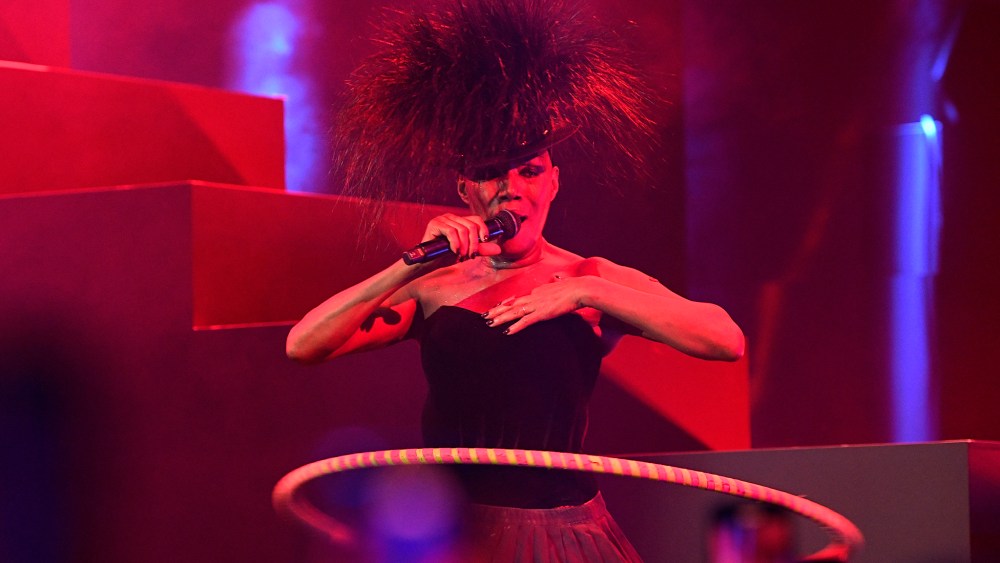 LONDON — A Dior show is never short of celebrity sightings.

Also in the front row was the popular South Korean rapper Oh Se-hun, who has amassed 22.4 million followers on Instagram, and Olympic gold medallist Tom Daley.

“I am super excited about today — and I am hoping there is going to be a lot more knitwear like the one I am wearing. Just being able to wear something like this is amazing,” Daley said prior to the show.

The 27-year-old British diver wore a chunky knit sweater over a Dior monogrammed white shirt. He styled the look with a safety pin brooch and a matching tie.

When he wasn’t diving for gold, Daley spent his time knitting during the Toyko Olympics earlier this year. He said that he’d love to do a collaboration with Dior.

“I would love to eventually be a knitwear designer at a prestigious brand like Dior. Maybe I will talk to him after the show about that,” Daley added.

The front row was packed with actors, too, including Douglas Booth from “And Then There Were None”; Finn Cole of “Peaky Blinders”, and Jonathan Bailey, who played Anthony, Viscount Bridgerton, in the eponymous Netflix series.

Jones dedicated the show to the late Virgil Abloh, who died earlier this month. He placed a white card on every seat that said “To Virgil, With Love Forever, Kim.”

A dazzling after-party followed the show, with the space behind the runway turning into a dance floor. East London’s Princess Julia did a DJ set.

But the real star of the night was Grace Jones, who gave a mesmerizing performance after the show. She sang everything from “Pull Up to the Bumper” to “La Vie en Rose” changing one outfit after the other and leaving the audience begging for more.She started the show wearing her signature masculine tailoring and then, as the evening wore on, she donned a giant feather headpiece; a sailor’s jacket; a barely-there corset, and a hoop skirt — which came with a matching hula-hoop.

She finished the show by flipping her skirt up and promising to return to London for a longer gig.