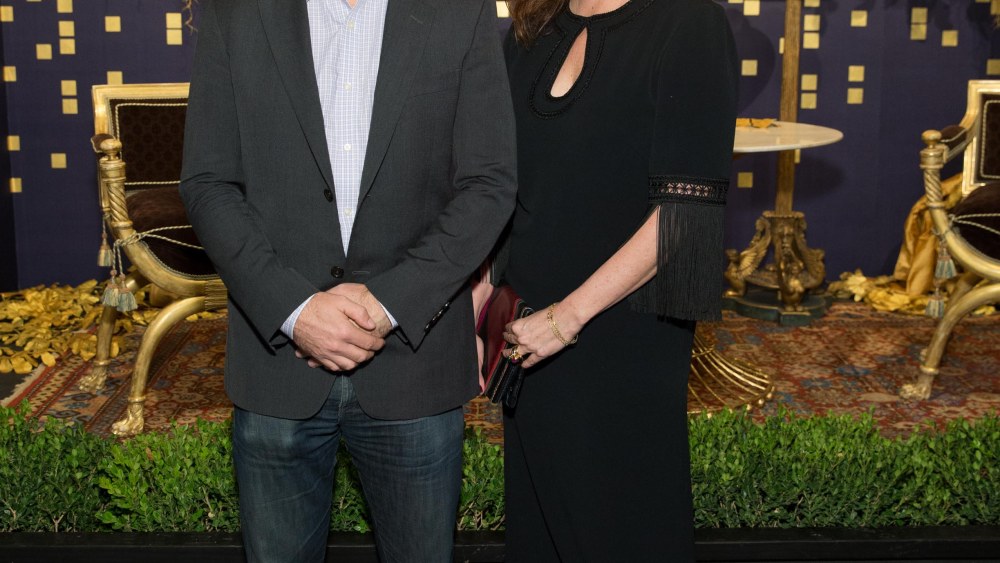 Lindsay and Peter Joost and Andrea and Tim Murphrey were among those crammed into the orchid-filled 18th-century stage-set booth of Paris dealer Benjamin Steinitz, who offers Chinoiserie collections and moody boiserie and Oushak carpets that are favorites of the likes of Karl Lagerfeld, Hubert de Givenchy and Lee Radziwill.

Elsewhere, Yurie Pascarella, wearing an Andrew Gn gown, told friends Allison Speer and Ali Pincus, also in Gn, that the Paris-based designer, who was recently hospitalized and missed his fashion week runway show, was now resting at home. “He told me on the phone this afternoon he is keeping himself busy drawing and sketching new collections and thinking of new designs,” she added.

“We laughed and had a lot of fun,” said Kuhnert, who self-published the gilt-edged books, with illustrations by Duquette.

Finally approaching midnight, the crowd was thinning out. “You know everyone’s had a good time when there are ‘sold’ stickers on so many paintings and dealers are scrambling to refill their jewelry cases,” said designer Benjamin Dhong.

Remaining on the lecture roster of the four-day show, which closes on Sunday afternoon, are Bunny Williams, Count Gonzague Saint Bris and Los Angeles designer Suzanne Rheinstein, who recently published a book with Rizzoli, “Rooms for Living: A Style for Today with Things from the Past.”