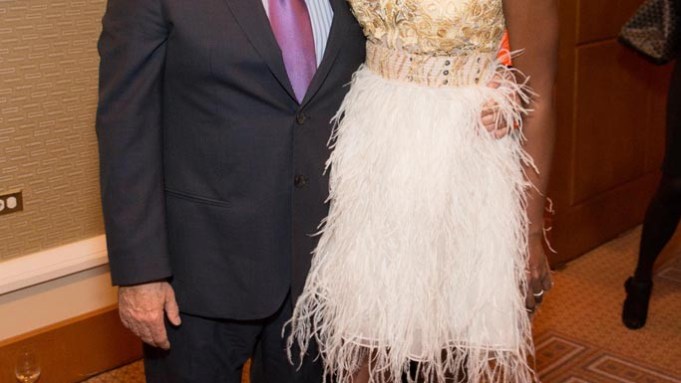 The annual lifetime achievement award recognizes artists in Northern California; previous winners include Richard Serra and Wayne Thiebaud. Lucas was accompanied to the dinner by his wife, Mellody Hobson, whom he married earlier this year. Lucas is no longer producing blockbusters of the scale of his “Star Wars” series and instead favors experimental films that he shows his friends, like the directors’ holy trinity of “Marty, Spielberg and Francis,” he said referring to Martin Scorsese, Steven Spielberg, and Francis Ford Coppola.

He said of his latest, “Starting in January, I’m planning to sit down and write a script for a new film. I’m ready for it.”