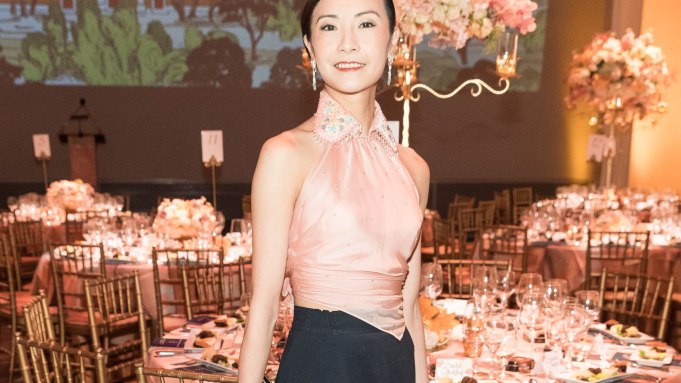 OCultural philanthropists and music lovers were out in force last week for two galas and a world premiere opera, proving once again that San Francisco socials like nothing better than the chance to wear a ballgown.

The San Francisco Symphony opening night gala at Davies Symphony Hall on Wednesday fell on a night hovering around 72 degrees, practically a heatwave in the city. The “heat” was the big topic of conversation, as men in black tie peeled off their jackets and women fanned themselves with their playbills.

“Too, too hot,” laughed Sloan Barnett, who opted for a tiny top emblazoned with a Misfits skull, inspired by the Seventies punk band, with her favorite Givenchy earrings. “I love it, Indian Summer,” said Allison Spear as Vanessa Getty, Samantha Buell, Yves Behar and Pia and Matt Cohler dashed past.

‘Why should I look at pictures of people on vacation, when I have my own beautiful life?” said Mazor. “Well, you could follow @medora2014 and view wonderful vintage fashion images, or you could follow @bentoub, Karl Lagerfeld’s bodyguard. He’s very handsome,” said Calhoun.

Socials glittered again Saturday night with the world premiere of “Dream of the Red Chamber,” a newly-commissioned production based on an 18th-century classic novel, dubbed the “War and Peace” of China.

Later, the opera received a 10-minute standing ovation, and everyone buzzed about the spectacular costumes and sets. Then on Sunday afternoon, the opening weekend for San Francisco Opera’s 2016-17 season continued with a free outdoor open-air concert in Golden Gate Park, with artists from the company’s fall season performing arias. It was strictly BYOB and picnic blanket — no ballgowns required.