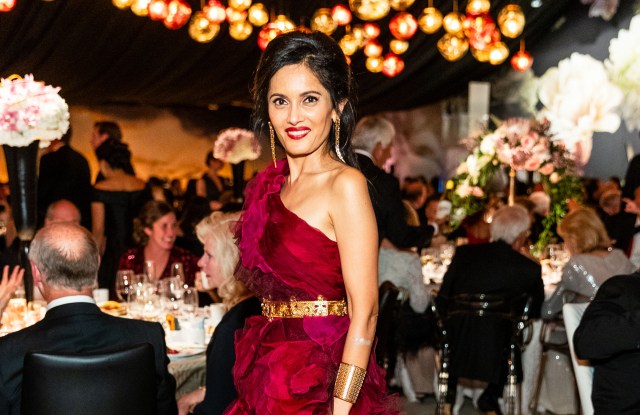 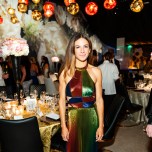 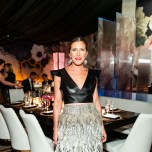 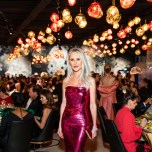 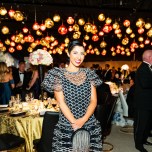 Hellish or not, the crème de la crème of symphony fans who, until last week were lolling about in the Greek Islands, sunning on Capri or tripping out at Burning Man, turned up last Wednesday in full gala regalia.

“I love seeing everyone looking his or her best after a summer away,” said Carolyn Chang, as she arrived at Davies Symphony Hall.

“It’s a brilliant musician program and Itzhak Perlman is a force of nature,” said interior designer Chloe Warner. “This is a once-in-a-lifetime experience to see him and his charismatic students.”

Marissa Mayer and Zach Bogue, who recently joined their pal and U.S. ambassador to Austria Trevor Traina to speak to young tech entrepreneurs at the American embassy in Vienna, hosted a table that included Sloan and Roger Barnett, and Allison Speer at the elegant Patrons Dinner. Guest Ken Fulk arranged for his client, Sadelle’s New York bakery and deli, to deliver caviar for the table, and it was so popular they almost missed the opening beats of the concert. Music fans also included Sakurako Fisher, Yurie Pascarella, Vanessa Getty and Katie Traina.

Soprano Carmen Giannattasio, who will be making her San Francisco Opera and role debuts as Tosca at the Opera House in October and is a face of Bulgari, flew in from Rome to wear the new Bulgari Divas’ Dream jewelry collection to the gala.

“I love these Bulgari pieces, but…I can’t wear them on stage,” she said. “In costume, it’s essential to wear period-appropriate pieces designed for the rigorous requirements of a stage performance. My role is dramatic — and not for haute jewelry.”

Rep. Nancy Pelosi, with her husband Paul, was celebrating their 55th wedding anniversary. “We’ve attended the San Francisco Opera season-opening gala every year since we first arrived in San Francisco in 1969,” noted Pelosi, as a lavish “happy anniversary” chocolate cake arrived at her table. “We would never miss it. We’re surrounded by beloved longtime friends. It’s our tradition.”

Meanwhile, SF Opera general director Matthew Shilvock said he was looking forward to a rather frisky impromptu tango performance on stage during the evening’s presentation of “Pagliacci.” “You never see tango orchestration or dancing as part of an opera, so it’s a jolt and a thrill,” he said.

Komal Shah flew in from London for the gala, and made her entrance wearing a crown of runway-ready shocking pink fresh garden roses designed by Ken Fulk’s floral studio. Also attending the opera gala were Dede Wilsey, Barbara Brown, Maryam Muduroglu, Deepa Pakianathan and Olivia Decker, who is just back from a sojourn at Chateau de Villette in France, designed by Jacques Garcia.