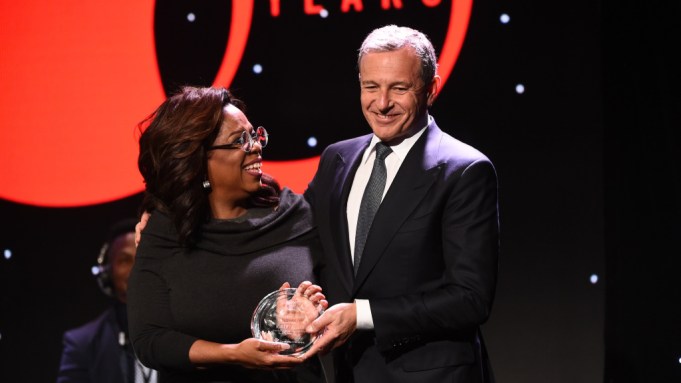 Save the Children, the nonprofit that provides education, health care, economic and emergency aid for kids around the world, raised $3.9 million at its second of two galas held at The Beverly Hilton in Beverly Hills on Wednesday night to mark its 100th year.

“I’m there visiting all of these programs, so I take our fund-raising very personally, because I know what a difference every dollar makes,” Jennifer Garner, the host for the evening and a trustee for the organization, told WWD. “I know how beautifully this whole organization treats the money that comes our way and what a true difference we can make in the life of a child.”

It was clear how personal it is for Garner, who also attended Save the Children’s first gala in New York City last month. The actress took her time on the red carpet to chat with reporters and pose for photographs. And while on stage, she even broke into song to entertain the crowd — which included The Walt Disney Co.’s chief executive officer and the event’s centennial award honoree, Robert Iger.

“…Mister Iger, I hope you don’t mind, but I’m borrowing a little something from your library — maestro,” she cued, in Lanvin with a dazzling necklace around her neck. Moments before, Drew Carey had suddenly interrupted her to present Garner with an award for the “millions” she has raised for the organization.

“I wasn’t expecting that,” she said, teary-eyed. “Thank you, Mr. Carey. Everyone at Save the Children is in so much trouble with me right now.”

The nonprofit, founded in 1919 in the United Kingdom and now working in 120 countries, received $2 million from Dubai Cares, the United Arab Emirates-based philanthropic organization, and $10 million from the Bezos Family Foundation, founded by Jackie and Mike Bezos (parents of Amazon’s Jeff Bezos), toward their new Promise of Childhood campaign, which hopes to secure a total of $100 million, announced Garner.

“May I just say, miss Jennifer Garner, what a beautiful job you did up here,” said Oprah Winfrey, when it was her turn to take the stage. Garner grinned from the audience. “Your commitment and enthusiasm makes me want to join Save the Children.”

Winfrey, who presented Iger his award, admitted she had been unfamiliar with the organization. She came, she said, because she was invited by Joe Roth — the cofounder of Morgan Creek Productions, previous Walt Disney Studios executive and producer of the event — but also “because there is not a human being on the planet Earth that I hold in higher regard than Robert Iger. No one. And I’ll tell you the truth, this is not really where I intended to be tonight. I was hoping that this time, early fall, I’d be knocking on doors in Des Moines, wearing an Iger 2020 T-shirt, because I really do believe that Bob Iger’s guidance and decency is exactly what the country needs right now.”

The OWN executive recently interviewed Iger for her network and has been playfully advocating for his presidency, though he has no plans of running, he said — once more.

Iger shared he was “reminded of something that Ronald Reagan said to Jimmy Carter in the 1980 presidential debate: ‘There you go again.’ Please, I am not about to become the 25th or 30th person seeking the presidency in 2020, but I certainly hope that whoever runs and whoever wins makes the safety and well-being of children the number-one priority.…Oprah, having you here tonight means a great deal to everyone in this room, particularly to Save the Children and of course to me.”

Save the Children’s ceo Carolyn Miles said Disney has been a partner, helping fund initiatives, for 20 years.

“Bob Iger is somebody that much of Hollywood knows,” said Miles. “His leadership of Disney has been amazing.…There’s so many people that because of Bob are coming tonight, because they want to know who is this organization that’s honoring him, and they have a deep admiration for him.”

“We’ve cut the child mortality rate in half in the last 20 years, a third less children are malnourished around the world, much better results on reading and literacy for kids everywhere,” she said of the progress the organization has made throughout the years. “But you see that the poorest and the hardest-to-reach kids we still need to get to. In the United States, the biggest issue right now is world poverty. On the international side, it’s kids living in war zones. There are more kids living in war zones today than there have ever been, 420 million children. It stops education, health care. It kills children. That’s a very big issue for us this year.”

The dinner featured performances by a local and Ugandan children’s choir, as well as American singer-songwriter James Taylor. For a change, it was the older men in the room who had their iPhones out, as they recorded the Rock & Roll Hall of Fame musician’s every note. Guests included Harrison Ford, Calista Flockhart, Ellen Pompeo, Anthony Anderson, Warren Beatty, Karamo Brown, Joe Mantegna, Lake Bell, Derek Hough, Suki Waterhouse, Save the Children ambassador Rachel Zoe and Wolfgang Puck, who shared the biggest surprise of the night.

At 11 years old, Puck said, he saw the ocean for the very first time when Save the Children took him, along with other kids, on a trip to the U.K.

“I look back often and say, ‘How did that happen that Save the Children chose me?’” said the renowned chef, who shared he came from humble beginnings. “I was the luckiest guy, because I really saw [that] there’s something more than just the hills in Austria, where I grew up. And it wasn’t like ‘The Sound of Music’ where I grew up for sure.…They helped me to discover the world.”