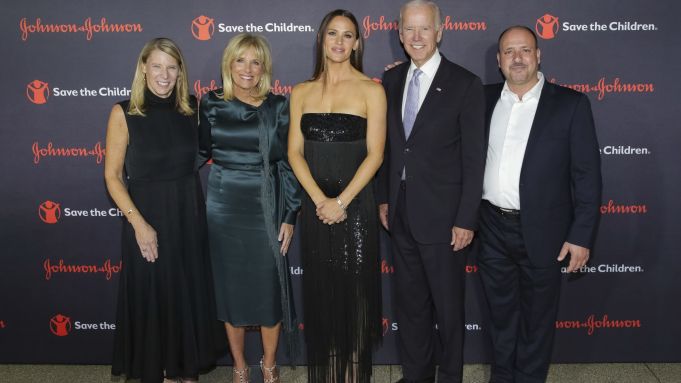 “This year has been extraordinarily challenging — that’s probably the biggest understatement I’m going to make tonight,” Save the Children president and chief executive officer Carolyn Miles told the audience Wednesday evening at the organization’s fifth annual Illumination Gala. Held for the first time at the American Museum of Natural History, the benefit drew Jennifer Garner, a trustee of Save the Children, as well as Olivia Wilde, Dakota Fanning and Jill and Joe Biden.

“It’s been one emergency after the other,” added Miles, who has been with the organization for 19 years. “We’ve obviously witnessed the power of nature with things like landslides in Sierra Leone, catastrophic flooding in Southeast Asia, multiple earthquakes in Mexico, and the last few weeks, three hurricanes hitting the United States and the territory or Puerto Rico. And then there are these long-term quieter emergencies that you might not hear so much about, including the Syrian refugee crisis, which is now in its seventh year.”

“My husband Joe and I believe that the greatest sin is the abuse of power,” said Biden. “And there is no group of people in this world who has less power or is more defenseless than children. I’ve seen it in my travels across the world; the stories of child soldiers, just eight years old, suffering from hernias after carrying machine guns, which were almost as big as they were. The story of a little boy who told me that he had lost his dog in the waters of Harvey in Houston. The powerless children of our world need a powerful champion.”

Solange Takes Over Made by Google Party