Save Venice Gala Packs the Pierre

“Enchanted Garden” was the theme this year, and so The Pierre hotel in Manhattan Friday night was a visual feast of costumes that one-upped each other. 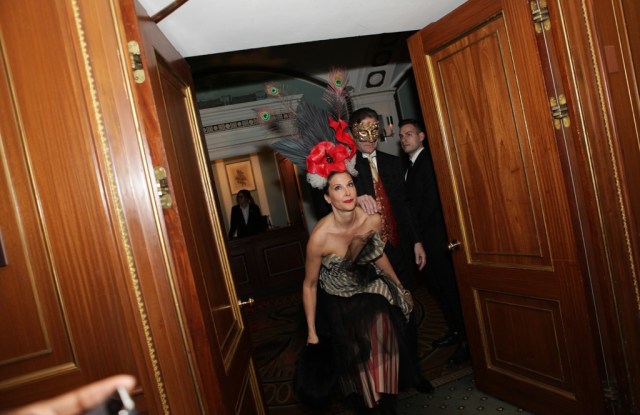 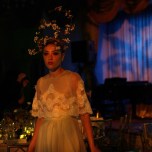 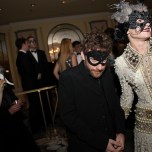 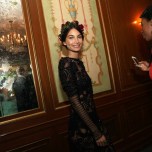 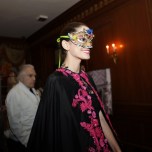 The annual Save Venice masquerade ball is not for the faint of heart.

“This is a ball where people really turn it out. I know women who have been in dress, makeup and hair since 1 p.m.,” said Adelina Wong Ettelson, who had not one but two birds perched atop her head. “I started getting ready at 2 p.m. today,” she continued, blinking through feathered lashes.

“Enchanted Garden” was the theme this year, and so The Pierre hotel in Manhattan Friday night was a visual feast of costumes that one-upped each other — butterflies, birds and other forest critters; fascinators custom-made in Venice, and even a couple with matching horse masks.

“It takes a village, that’s all I gotta say,” said Alexandra Lind Rose, who wore an elaborate floral crown.

Jean Shafiroff carried around a bouquet of orchids while Jeff Koons eschewed a mask altogether, and attorney Charles Tolbert was buzzing around the room with a shrublike headpiece — that is, a green, perfectly circular bush with no discernible peepholes, though he insisted he could see.

“Do you wanna know the secret?” Tolbert said. “It’s sliced on the sides and cut at the bottom like a pumpkin.”

The flamboyance was as much about self-expression as self-promotion.

Edmundo Huerta, aka Di Mondo, a street style personality who is a regular on the gala circuit, turned up in a crystal-encrusted helmet reminiscent of those worn by Daft Punk and had to practically fight off guests requesting selfies.

“There’s over 5,000 Swarovski crystals, seven bottles of the strongest glue ever, 120 hours and there’s a camera in my forehead that’s filming you right now that represents a higher consciousness that’s documenting everything,” he said grandly. The back of his evening jacket was emblazoned with his own personal hashtag. Naturally, he and Tolbert, the robot and the topiary, posed for pictures together.

After the winners for best masks were revealed — Shane Spinell and Sarah Flint, Susan Krysiewicz and Derek Thompson took the prizes — a performance by The Dolls’ DJ Mia Moretti and Caitlin Moe got the crowd off their feet.

Bibhu Mohapatra stood near the dance floor having already shed his mask, though he said the disguise had its perks. “This is the one party where you don’t have to feel guilty if you don’t say hi to people,” he said. “You can pretend you didn’t see them.”