A true-blue crowd of Democratic supporters turned out on Tuesday for the “Runway to Win” event at the Theory flagship in Manhattan’s Meatpacking District. 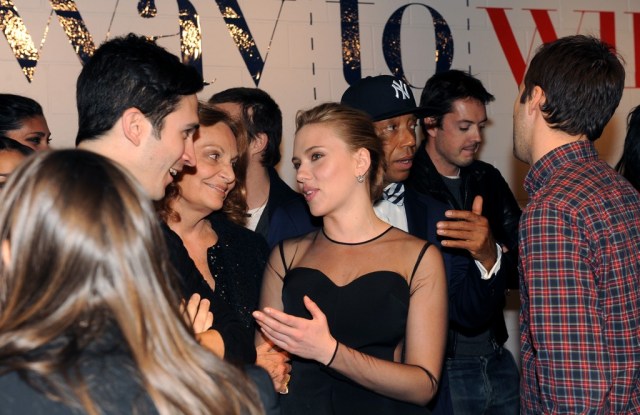 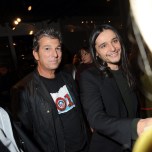 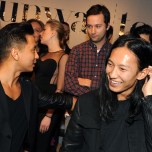 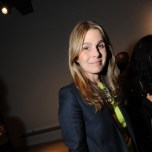 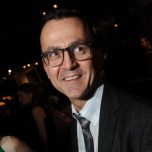 A true-blue crowd of Democratic supporters turned out on Tuesday for the “Runway to Win” event at the Theory flagship in Manhattan’s Meatpacking District, which had been turned into a showcase for Obama-themed merchandise for the evening. Hosted by Scarlett Johansson, Vogue editor in chief Anna Wintour and Obama for America campaign manager Jim Messina, the event served as both an Obama fund-raiser and a study break of sorts for the designers from 20 labels who attended the event and compared notes on their down-to-the-wire preparations for fashion week. Marc Jacobs, Beyoncé Knowles and Sean “Diddy” Combs, who contributed designs to the Vogue-led initiative, were missing, but Diane von Furstenberg, Tory Burch, Vera Wang, Narciso Rodriguez, Georgina Chapman and Keren Craig, Russell Simmons, Lazaro Hernandez and Jack McCullough all rallied to show their support of Obama and Wintour.

The Vogue editor sported Thakoon Panichgul’s Obama scarf with her orange Prada outfit. Asked if he had any reservations about publicly supporting the President’s campaign when he has lots of Republican customers in Texas, Panichgul noted, “I think we all have different opinions, and that’s what makes us Americans. It’s a dialogue and that’s the way it should be.” The designer was slowed down by crutches due to an ankle fracture but said he was more concerned about the snowstorms in Italy holding up his production.

The Republican National Committee wasted no time in releasing a video critical of the “ritzy” designer merchandise, like Monique Péan’s $95 scarf and Derek Lam’s $75 tote bag. Truth be told, however, the T-shirts, polos and accessories were far from ritzy, with a less-than-luxurious feel to most of them. But that didn’t stop guests — who paid $250 a ticket, plus another $2,250 if they wanted dinner afterward at Macelleria — from enthusing over the designs and keeping the registers packed all night. Solange and Tina Knowles, Chanel Iman, Karolina Kurkova, Karlie Kloss, Olivier Theyskens, Andrew Rosen, Aerin Lauder, Bryanboy and Michelle Harper all checked out the Obama goods as Prabal Gurung and Joseph Altuzarra manned the racks and autographed their T-shirt designs for fans.

“I have customers who are Republicans and I have some really good friends who are Republicans. But I think at the end of the day, they have to respect me for speaking my mind,” said Gurung, with the practiced air of a seasoned politician himself. “I think they would prefer that I support someone rather than be blasé and noncommittal. The era of noncaring is over. You have to believe in something.”