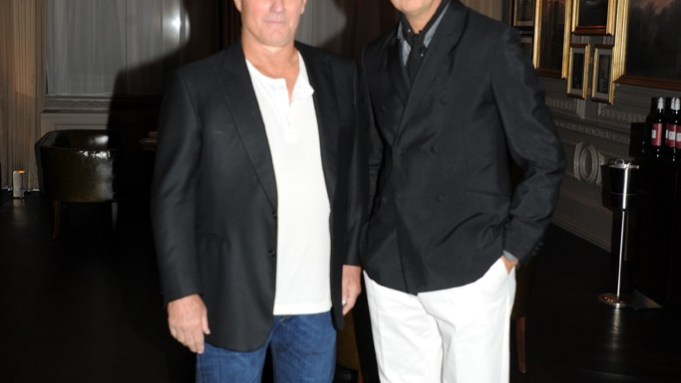 ENERGY FLASH: “I always thought London was a bit more civilized than New York,” hotelier Ian Schrager mused on Saturday night as W magazine hosted a dinner at his new inn, The London Edition. “And now there’s so much energy here. I haven’t felt anything like this since the Sixties.”

W’s Stefano Tonchi reminisced about John Galliano’s graduation show in London and argued the city is still a hotbed of new talent, citing Christopher Kane and JW Anderson as examples.

Designer Henry Holland arrived in an ebullient mood after his spring show. “This is the amazing twilight period when your show is finished, but you haven’t seen a review so you can just have a genuine reaction of happiness and pride and not have anyone tear it to pieces,” he joked.

Alexander McQueen’s Sarah Burton, a new mom, said it was “back to business as usual” following her scaled down fall 2013 collection last February.

British model Jordan Dunn has a charged fashion season, including a few London shows, then a shoot in Toronto, a charity event in Washington and four days in Barbados before hitting the runways of Paris.