Scott Campbell spent the past four days tattooing lottery winners who blindly stuck their arm through a hole for a tattoo of Campbell's choosing. 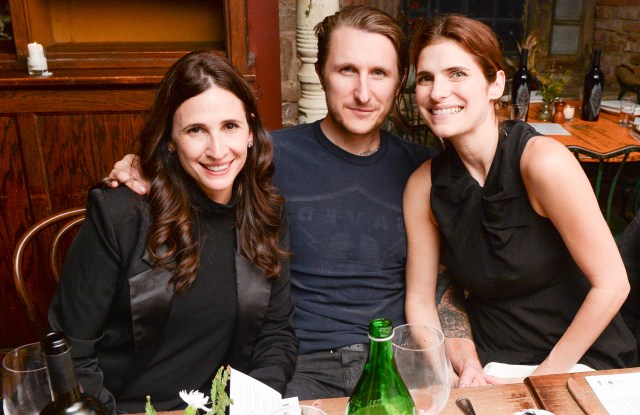 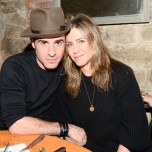 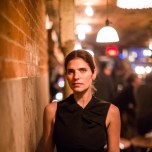 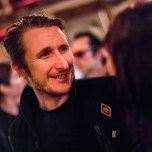 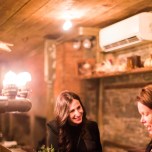 After blindly getting a tattoo, especially one of the highly permanent and not entirely small variety, it seems reasonable to crave a post-ink drink.

Celebrity tattoo artist Scott Campbell spent Thursday through Sunday at Milk Studios in residence at “Whole Glory,” his one-man installation where lottery winners would stick their forearm through a hole in a wall and an hour later, emerge with a tattoo of Campbell’s choosing. To celebrate — and perhaps soothe any lingering skin irritation — Campbell hosted a dinner at The Smile in partnership with his wine label, SAVED, gathering the recipients of his work as well as wife Lake Bell and friends Jennifer Aniston and Justin Theroux.

Six tattoos were done each day, and for many of them it was their first tat. “It’s one of those things where I’ve always wanted a tattoo, but I never had a design that I wanted,” said one recipient, Alex von Pfeiffer. “Someone sent me the article [about the project], I looked at Scott’s work and thought ‘oh, he does some cool work’ and he’s obviously very well-respected in the industry, so I thought I’d go down and have a look,” von Pfeiffer said. “I had the day off work.”

Another participant, Jack Oberle, a freshman at The New School’s Eugene Lang College of Liberal Arts from Austin, Tex., wound up with a Campbell tattoo on somewhat of a whim. “I went to the Shia thing the day before,” he said of the Shia LaBeouf performance art event from last week, where the actor invited fans to watch every single one of his films with him at the Angelika Film Center. “I waited in line for 16 hours, but I got to see the ‘Even Stevens’ movie and that was phenomenal.”

The next day he found himself with his arm stuck through the hole at Milk Studios.  “I didn’t set an alarm but I woke up before I would’ve even set the alarm, so I feel like it was kismet,” he reasoned.

Campbell for his part spent the dinner thanking the participants for their trust. “I really had no expectations. Honestly, when people actually showed up for it that was more than I expected,” said the artist, who is famous for inking everyone from Marc Jacobs to Robert Downey Jr. “I can’t think of another situation where you would have such an intimate connection with someone without even knowing what their face looks like.”

Campbell drew up designs the night before each day of the installation, but said he changed his mind last-minute with all of them. “Every single one I would set up and put the drawing up and say ‘OK, I want to do this one next,’ and the arm would come through and I would shave them, clean them off and I would sit there and be like, ‘no, it doesn’t feel right,’” he said.

The project came together from a desire for creative freedom, something tattoo artists never experience. “Obviously with canvas you have total freedom, but with skin I need the canvas as permission to kind of experiment or branch out,” Campbell said.