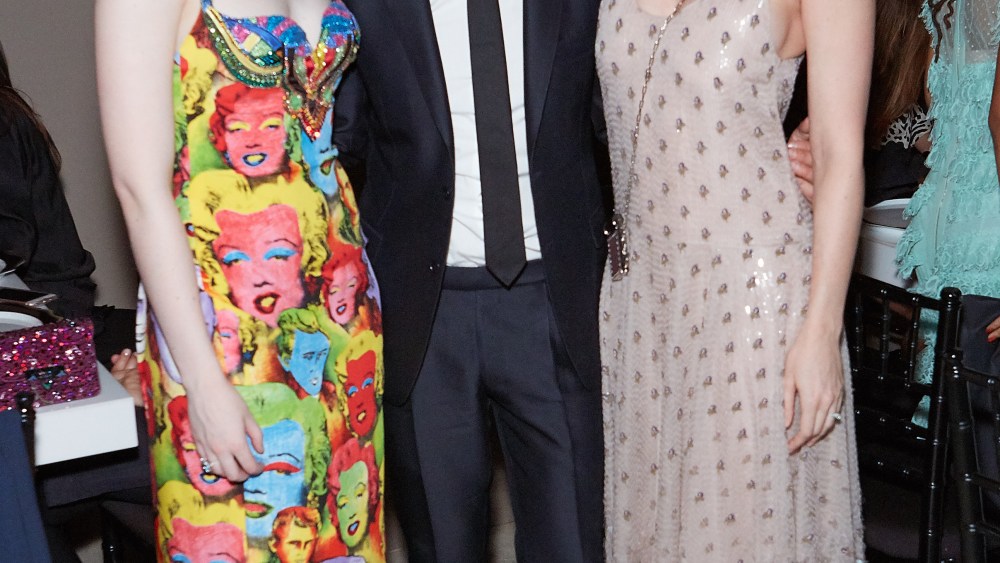 Fanning, the youngest of the honorees, dedicated her award to “high school kids everywhere” whom she admonished to be themselves instead of trying to dress like the rest of the crowd. She stood out in her Pop Art-inspired Versace dress and shoes, saying earlier, “When I saw it come down the runway, I had to have it. It had pictures of Marilyn Monroe all over it and I love Marilyn Monroe. I do feel a bit like Barbie, but Halloween is coming up.”

The speeches were brief but personal. Gomez praised her makeup artist Hung Vanngo for being caring when she was going through tough times, as well as “working hard and being on time.” “Sometimes it can be a little easy to forget why you do what you do and be passionate about it, but Hung just radiated passion,” she said.

Zendaya even joked that her moment at the podium had turned into an inspirational speech, but she told people anyway, “Continue to be brilliant and extraordinary and unique in your own way because that’s what the world needs right now.”

Lovato, who was named Advocate of the Year, said, “Sharing your story is something that should be done.”

Larson, who showed up mid-dinner to give Piccioli his award for Designer of the Year, credited him as “someone who helped reframe my understanding of fashion.” The Oscar-winner said she used to reject fashion as a distraction from her work, but the turning point came when she attended a Valentino couture show.

“It helped me understand that we are telling a story and that this is another way of expressing the parts inside of ourselves that we don’t have words for. He is a magician standing between worlds, going from the Dark Ages of the Renaissance to Justin Bieber — and somehow it makes sense.”

Though Piccioli admitted to being “a little obsessive and a control freak,” he eloquently quoted JFK and referenced the Apollo 8 moon mission to explain his inspirations for creating beauty.

It was Blanchett, the final honoree of the night, who brought the laughs and the gravitas, first turning around to make sure her bosom was tucked into her dress and telling the audience, “I certainly didn’t get into the industry to walk red carpets and wear fabulous clothes, so over the 20 years I’ve been doing this it’s been quite bewildering to me the whole industry that’s built up around it and the way it’s almost eclipsed what it is that we actually do. But the positive thing that’s come out of having such close creative relationships with people in the fashion industry is it’s felt like an extension of costume and you get to inhabit these beautifully constructed gowns by geniuses. For actresses, those relationships are rare and they need to be treasured.”

Though she has been called a style icon many times over, including on Monday night, she said, “For me the true icons of style are women who have been utterly themselves without apology, whose physical presence and aesthetic is really integrated in a non-self-conscious way as part of who they are and women who know how they look is not all of who they are but just an extension of that.”

Then she added, “I mean, we all like looking sexy, but it doesn’t mean we want to f–k you.”