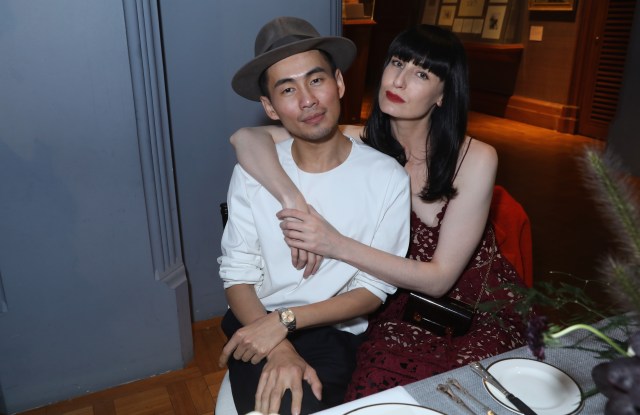 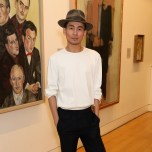 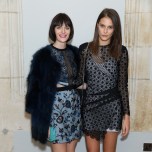 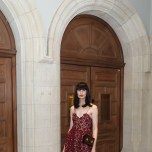 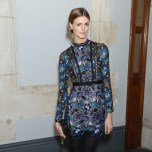 PORTRAIT OF MANY LADIES: It was a match that was meant to happen. Designer Han Chong hosted a dinner at the National Portrait Gallery on Tuesday to mark the three-year anniversary of his label Self-Portrait, the contemporary brand with a vintage twist that looks more expensive than it actually is.

The Malaysian-born Chong, who lives in London and shows his collection in New York, is committed to his ethos of providing chic value for money, and it’s paying off. His business is notching 25 million pounds, or $31 million, in revenue and he’s looking to open a store in London next year.

A Central Saint Martins graduate, Chong said he does not come from a wealthy family, and when he moved to London, he felt for his female friends – and young women generally – who earned very little, but still loved fashion.

“Your choices were buying something from Topshop – and customizing it – or vintage, but nothing really in between that (and high-end luxury). I’m not designing for me, I’m designing for them,” he said.

Chong added that it’s important he keeps pace with his customers’ lives, offering them lower price points – 240 pounds, or $293, for a guipure lace and quilted dress, for example – so the social media generation can change their look frequently.

The dinner felt like a theatrical installation – or a wedding scene by an Old Master – with a flower-filled table running down a corridor of a dimly lit gallery lined with plaster busts, statues and oil paintings.

The food came straight out of a still life – big, ice-filled silver bowls piled high with oysters, baby clams, and giant shrimp on the shell. There were plates filled with heritage tomatoes, zucchini flowers and ricotta cream, and wooden boards heaving with British cheeses and purple grapes – a Henry VIII-worthy feast. (Multiple portraits of the royal hang around the gallery.)

The British soprano Lucy Crowe sang briefly for guests that included Erin O’Connor, Sam Rollinson, Charlotte Wiggins and Jacquetta Wheeler, before the dinner, adding to the theatricality of the occasion.