Serena Williams on Pregnancy Style, the Met Gala and Burberry

"I want to be a sexy pregnant person — you can do it!"

By Leigh Nordstrom on May 3, 2017
View Slideshow 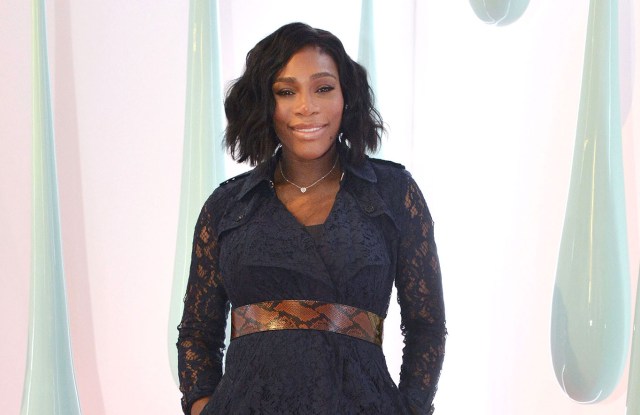 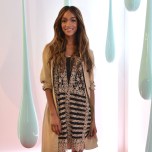 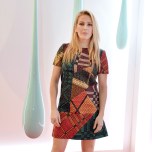 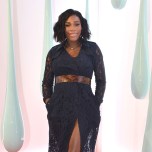 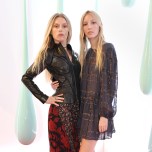 “I have to say, I officially had the best time last night,” said Serena Williams Tuesday, from inside the Burberry boutique on Spring Street.

The tennis champion, outfitted for the night in a navy lace trench dress, was still reminiscing on her night out at the Met Gala the previous evening — and while most social media posts from the night were group selfies in the bathroom, Williams’ Snapchats stood out for the lack of people in them.

“The Met is always fun,” she said of her posts, which features her in various reclined positions sprawled through the deserted museum. (Shockingly enough, most of the people at the Met Gala weren’t there for private time with the general exhibits.) “But I realized I’m at a night at the museum, nobody’s around — let’s take pictures! Let’s do videos!”

Her emerald Versace Met gown was decidedly more sexy than the trench dress she had on for the cocktail party, which was in celebration of the launch of Burberry’s DK88 handbag.

“Definitely more trendy,” she said of her sense of style. “Like this is a class trench, and then I just trimmed it up and made it a dress, with a high slit in it — even though I’m pregnant. I want to be a sexy pregnant person — you can do it.”

Williams added that she’s noticing her style shifting over the course of her pregnancy. “I really try to stick to classic trends, by adding a really trendy element. It keeps it young and fresh without losing that classicness.”

She came out to support Burberry’s Christopher Bailey, who was in town from London for a two-day trip for the Met and the launch party. “I’ve known Christopher for a really long time. [Burberry] is really popular in London, and I’m always in London, and it’s a natural connection we had,” Williams said. “He designed a couple of my Wimbledon ballgowns — years ago.”

The DK88 handbag, which comes in 18 colorways and is customizable in both leather and hardware, was set out across the boutique, alongside an art installation evocative of dripping paint, meant to play off the customization option of each bag.

“I came in [Monday] and I leave tonight on the 11 o’clock flight to London,” Bailey said. “I come quite often but I come in and out quite quickly. New York to London is so easy — it’s like a bus journey.”

“I’m the last person I think about — it’s this weird process you go through with the Met, where you really care about the girls and the guys and you want them to feel special and beautiful and handsome, and then two days before you’re, like, ‘Oh crap, I need to wear something as well,’” he said. “It’s always the same — no matter how many times I do it.

“There’s two things to it — one is you know the drill, but the other side of it is there’s always a surprise,” he added of the gala. “It usually is about the exhibition, because that changes the whole atmosphere of the audience and the people who go to the Met Gala — it changes the whole spirit of the night. Last night you felt that there was a kind of questioning of fashion, which I think Rei Kawakubo [does] so beautifully, and I think you could feel that last night.”

And though he was due back on a flight to London in a matter of hours, he said it was important to have held the launch party in New York — after all, “it’s such an artistic community here. I love the energy.”