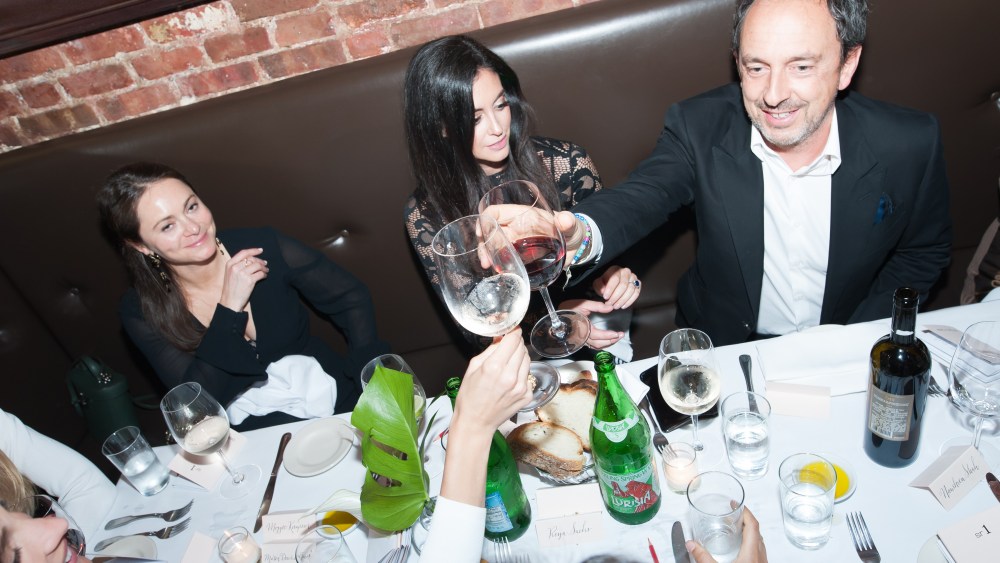 “The Sergio Rossi woman is somebody very dynamic,” explained chief executive officer Riccardo Sciutto, who journeyed from Milan specifically to dine with the group of mostly entrepreneurs and media influencers. “They’re proud to be a woman and they do something for themselves, but they take themselves not too seriously.”

Sciutto, who took the helm of the nearly 50-year-old brand in April 2016, didn’t allow a delayed flight and subsequent late arrival dampen his enthusiasm for the occasion. “America never sees the real Sergio Rossi,” Sciutto continued. “In the past 15 years, Sergio Rossi’s approach in America was much more on the idea of evening shoes. If you look at the archive, we have evening shoes but that’s only 10 percent of the story. I don’t like the idea of women who have to change their shoes from day to night.”

This year, the brand made steps to connect with a modern American clientele by collaborating with a group of influencers in a digital communication project called “srStories.” The campaign, which was presented on the Sergio Rossi web site and social media, featured 12 women in various industries who were able to incorporate the versatile footwear into their daily lives.

Magnetic Midnight headpiece founder Lucia Echavarria describes her personal style as “chill” and “bohemian” was surprised by the versatility of the brand’s high-heeled mules when she participated in the campaign. “You wouldn’t think [my look] goes with the shoes but it works,” she said with a smile.

Others on hand from the digital project included Paperless Post founder Alexa Hirschfeld, art curator Roya Sachs and Fivestory founder Claire Distenfeld, who all raved about the comfort of the handcrafted heels. Guests chatted over a four-course menu offering that included options of kale Caesar salad, pan-seared scallops, rigatoni with cream sauce, beef tenderloin and branzino.

“Now we have to focus on the women,” added Sciutto, who hopes to curate more of these small brand outreach events in the future. “We have to tell the right story for women and can’t get lost in the short term. For me, it’s always the long term.”