The actress helped raise more than $1.1 million at the amfAR Gala in Milan. 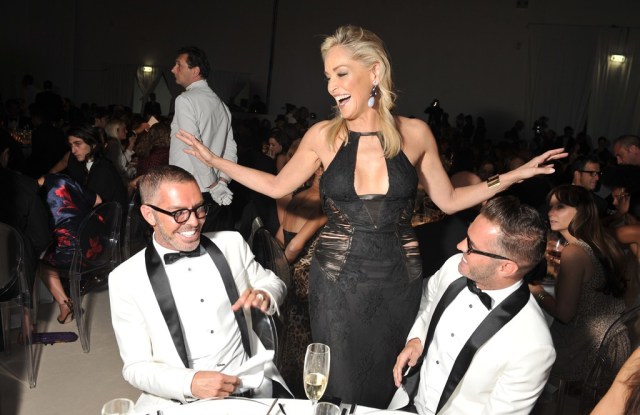 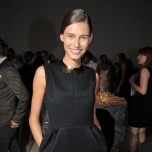 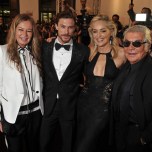 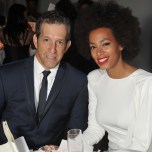 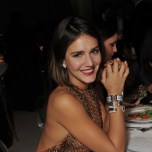 Sharon Stone lived up to her introduction as “an extremely persuasive fundraiser” at the amfAR gala in Milan on Saturday night, which netted more than $1.1 million for the organization’s AIDS research programs.

By her own admission, there is little the actress won’t do in the name of charity. Speaking to WWD, she reeled off her personal favorites — including the time when, in the middle of an auction, she spotted Calvin Klein in the audience.

“And other people started bidding, and then we made him open his pants and show if he had on Calvin Klein underpants, and he did. And it was just awesome. I just don’t know why, but you know, you’re up there, and you’re wielding a kind of perverse power, and suddenly I was just Jesus,” she said.

The DJ and producer has been working on some new tracks with Sir Paul McCartney.

“It’s so nerve-wracking working with somebody who is that enormously talented, and such an influence on everyone, that you’re just trying to pull your weight,” Ronson admitted.

London has been piling on the fashion collaborations, from capsule collections for Surface to Air and Stussy to a velvet slipper for Del Toro.

“The hardest people to get on your side are the fashion people, so the fact that I got them, I just feel really good about that. It’s like, one thing accomplished,” he said, adding that he was now ready to focus on his sophomore album, which will feature collaborations with Drake, Bruno Mars and James Murphy.

Solange Knowles, wearing a white Rubin Singer gown, is gearing up for the release of her single “Losing You” on Oct. 2. “I shot the full-length video in South Africa, and we captured all different variations of modern African fashion and style,” she said, adding that the video featured the dandies known as Sapeurs.

“They have all of these rules. They taught me on set: Thou shalt not wear more than three colors at one time. As you can imagine, I have failed with a big fat ‘F’ in that one,” she said.

During dinner, Stone teased and cajoled audience members into bidding on lots including a Damien Hirst spot etching and a Louis Vuitton vanity case of her own design, which went for 70,000 euros, or $90,845 at current exchange.

Roberto Cavalli paid 35,000 euros, or $45,400, for a special edition of the famous Bocca sofa inspired by Mae West’s lips. “Let’s face it, everybody needs a piece of furniture that’s going to kiss their ass every time they sit down,” Stone quipped.

The actress said she has already lined up one of the lots for the next amfAR Cinema Against AIDS gala during the Cannes film festival next year. At the Fendi show earlier in the day, she walked off with Karl Lagerfeld’s trademark fingerless gloves, which she plans on getting signed and framed in a Plexiglas case.

“He’s like, ‘But why?’ I’m like, ‘But why? You’re Karl Lagerfeld! You’re wearing those freaky gloves! I want them, give them to me, dude! And I want an extra pair for me,’” she said with a laugh.