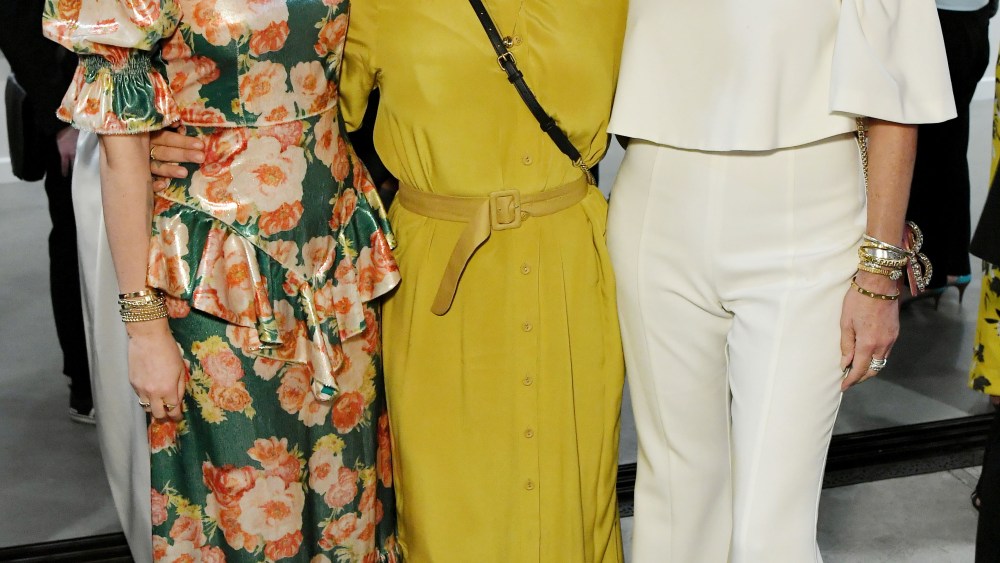 That was the message Wednesday night when Sharon Stone, Dylan McDermott, Andie MacDowell, Lydia Hearst, Cassandra Grey, Rumer Willis and other Hollywood stars and socials rallied around the cause over cocktails in L.A., in the wake of new scientific research suggesting why Alzheimer’s risk is higher for women than men, and why working outside the home (a luxury many women can’t afford), is good for the brain.

“People don’t understand that women are 70 to 80 percent of Alzheimer’s and dementia patients. Our brains are very vulnerable,” said Kelly Lynch, surveying the scene at celebrity florist and perfumer Eric Buterbaugh’s indoor-outdoor gallery, where the nonprofit Women’s Brain Health Initiative gathered influential guests to raise funds for research and awareness. “I’ve been exposed to just one terrible concussion, so I have to be very aware. I was in a car accident where my head went through the windshield. Almost everybody is affected by this issue in some way.”

Lynch was a co-host of the party alongside Stone, and it turns out the two actresses have a lifelong bond. Lynch turned down the racy lead role in the 1992 film “Basic Instinct” that made Stone a superstar. “I did ‘Drugstore Cowboy’ instead,” she said, acknowledging that it turned out great for both of them.

“When I had a massive stroke and brain hemorrhage, there was no interest, care, help or thoughtfulness. Even in the hospital they thought I was faking it,” said Stone, who has spoken passionately about her own 2001 brain injury many times over the years. “This will never happen to me or anyone I advocate for again. We women who multitask and do everything and take on all kinds of stress…we must stand up for each other and dedicate the finances finally at our access to things that matter to us. Until this century, medicine was only taught on the male anatomy. Brain health is still mainly taught on the male anatomy. And my brain has a lot more happening than a lot of men’s brains.”

While sipping on spicy margaritas (or the better brain health choice, red wine), guests swapped stories about what they do to work out in the mental sense. “I play bridge,” said Lynch. “I watch foreign television with subtitles on and play word games on my phone simultaneously,” added Stone, dressed for the evening in sleek white trousers and an off-shoulder top by Black Halo.

“Walking barefoot on different terrains, there is something about it that stimulates different neural pathways,” said Bella Heathcote, recommending the 2007 book “The Brain That Changes Itself,” and adding that she came out to show her support because “a close friend of mine has been touched by this so it feels good to show up in the face of something that makes me feel incredibly helpless.”

“Any realization that women’s health is a separate issue is really important,” added Willis.

“I’m trying not to do things that increase inflammation,” said Re:la designer and fashion consultant Katherine Ross. “Blue algae, I drink it like you would wheatgrass. As soon as I do, I feel the cobwebs go away. Also, I try not to beat up on myself for becoming forgetful…There are so many names I have to try to remember,” she said of her role supporting her husband, Los Angeles County Museum of Art director Michael Govan. “ I also play cards and do crosswords on my phone.”

Addressing the all-ages crowd, Women’s Brain Health Initiative founder Lynn Posluns added her own tips for women’s brain health. “The younger you are in engaging in healthy lifestyle choices the stronger the protective effect will be,” she said. “Dementia should not be thought of as a disease of the elderly. By the time symptoms occur, it’s likely the damage to the brain happened 20 to 25 years prior.” She recommended a glass of red wine (“not the bottle!”), dark chocolate, coffee (three cups a day), strong social networks, sex, seven to eight hours of sleep a night, keeping stress in check and new learning, ending with a positive note: “We now know we have more control over our cognitive destiny than we realized.”