Shayne Oliver, Michael Stipe, Dustin Yellin, Ryan McNamara and Ryan Trecartin, the cocurator of the exhibit, were among those at the opening. 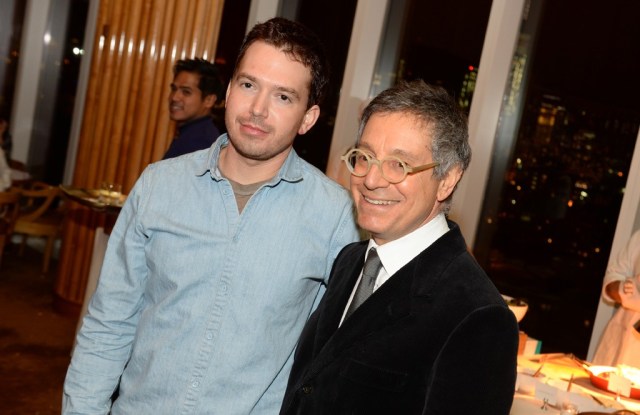 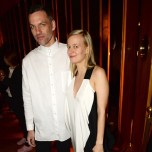 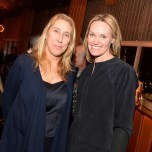 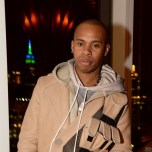 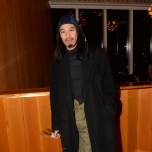 FOLLOW YOUR MUSE: “I’m glad that I’m here and not in Milan,” the Hood by Air designer Shayne Oliver said Tuesday night at the Top of the Standard in New York. He was at a party following the opening of the New Museum’s third Triennial, “Surround Audience.” Oliver was one of the few, if not the only, personalities from the fashion world in a room crawling with art-world fixtures, like the performance artist Ryan McNamara, the sculptor Frank Benson, the gallerists Jeffrey Deitch and Andrea Glimcher, and the artist Ryan Trecartin, one of the exhibition’s cocurators.

The designer’s connection to the art world goes back several years, and, along with the club scene, it’s informed the aesthetic of Hood by Air since its inception.

“I’ve known almost everyone involved in this for a very long time. We kind of grew up together,” he said, referring to Lauren Cornell, another of the Triennial’s cocurators, and Oliver Laric, one of the artists in the show. “They’ve always been supportive of what I do, and I’ve always supported what they do. I’m here because this is a pinnacle for them.”

This was Oliver’s third Triennial, and it was not lost on him that much like his own label, the museum had done some growing up since its first, “Younger Than Jesus,” which was limited to artists under 33.

“I just remember it being more chaotic,” he said of that first Triennial. Similarly, “I was more chaotic at the time, so it felt more chaotic. Right now, it feels more seasoned. The curatorial hand is much more disciplined.”

He could relate. After his selection as one of the finalists for the LVMH Prize, and showing at Pitti Uomo, Oliver’s fall collection possessed a lot more maturity than in past seasons.

“When you get a chance to have a platform, you push forward the most important ideas you can. Sometimes it’s about the balance of the most important mixed in with ideas that you just feel are naturally compelling,” he said, referring to the curators.

Though Hood by Air’s production base is now in Italy, Oliver is firmly back in New York.

“I think I’m going to be working from here and making Italy work for us, instead of being put in a situation where we’re just in Italy,” he said. “I will be traveling still, but I’m making sure that I put my moves where they need to be as opposed to following fashion.”