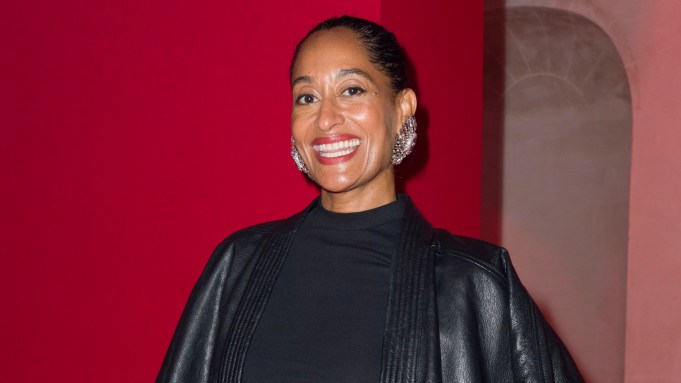 PARIS — The fashion industry celebrated the end of Paris Couture Week with the Sidaction gala dinner, back for its first physical edition since the outbreak of the coronavirus pandemic.

Designers and celebrities came together for the fundraising event, organized in partnership with the Fédération de la Haute Couture et de la Mode, and hosted by Sidaction ambassador and artistic director Jean Paul Gaultier, who launched proceedings with a fashion show featuring the contestants of “Drag Race France.”

“I work for Netflix,” French actor Samuel Arnold demurely replied to a guest who wondered why he looked so familiar. Since his summer will be spent on the set of “Emily in Paris,” where he portrays the ever-sarcastic Julien, he wasn’t planning ahead all that much.

“Who knows? I don’t know what I’m doing tomorrow,” joked the actor, noting that the hit show had opened doors for him abroad. In his sights is Los Angeles, especially now that he has signed with prominent talent agency APA.

Taking in the Pavillon Cambon Capucines decked in red, Arnold declared the evening “mesmerizing” and said he was happy to support the cause. He didn’t know about the always buzzy lucky draw. “Already being here is a prize in itself,” he said.

Guillaume Henry was still taking in the responses — good and bad — to Julia Fox’s appearance in his first physical runway show for Patou.

“She’s not one of my personal muses but all the girls at the office were talking about her all the time,” he admitted. The designer became interested in Fox once he saw her supporting emerging designers, and his team reached out.

“She represents a [new wave] of female empowerment. For me, a ‘militant woman’ looked like [French politician] Simone Weil. Today, she’s wearing micro-skirts and boots, she totes her kid like a bag, and it’s fascinating,” he continued, describing Fox as “smart, in love with clothing and a bit nervous” and comparing her to a modern-day Marilyn Monroe.

Fresh from winning the ANDAM Fashion Award, Lisi Herrebrugh and Rushemy Botter were preparing to head to the Cayman Islands – part vacation, part research trip. They’ve been running their Botter menswear brand with a team of just three people and were grateful for the 300,000-euro prize money.

“First of all we’re going to invest it in more structure in Botter, hiring people, also in developing fabrics, so bio-fabricated from algae, working with engineers. We can move quicker now,” Botter said.

The evening was a breather for Paris-based Spanish designer Arturo Obegero, who had donned one of his jackets with a dramatic fluted open neckline with tuxedo trousers.

Before he can enjoy a summer break that will see him head toward the Mediterranean, he was doubling down on the production of his menswear line. “After a collection, I always have a kind of epiphany that I then have to process. So things will be cooking throughout the summer,” he said between courses.

Victor Weinsanto and Charles de Vilmorin were feeling energized by the influx of tourists and fashion editors to Paris. “Life is finally returning. I hope it lasts. It feels good and it motivates you,” said Weinsanto. “Yes, it’s good to see things going back to normal and almost more extreme than before, I feel. It’s really quite brilliant,” de Vilmorin enthused.

But the two fledgling designers don’t plan to join in the revelry. Asked what his plans were for summer, Weinsanto said: “Work.”

A Glimpse at the Images from Sidaction’s Photo Print Auction