"I thought the trouble with the short version was there wasn’t enough of me in it," deadpanned Dominic West, Monday from the Soho Burberry. 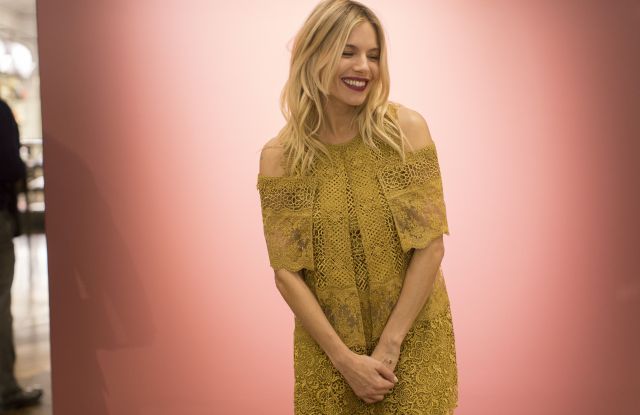 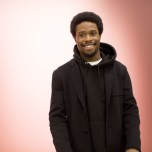 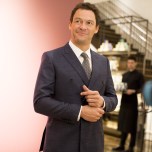 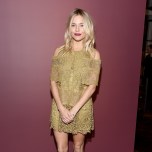 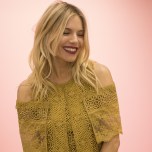 “This is a true story,” Sienna Miller said Monday evening, near the display windows of the Burberry. store in New York’s SoHo “The first sort of posh dress that I bought myself was a Burberry black tunic wrap dress with a leather trim, and it was a fortune, and I got it from Harrods and it was so exciting – I was 19 and it was my first designer piece I ever bought was Burberry. And I still have it!”

Miller was on hand to toast the British heritage brand’s 2016 holiday campaign film, “The Tale of Thomas Burberry,” in which she appears alongside Dominic West, Domhnall Gleeson, and Lily James. The cocktail celebration also drew Shameik Moore, Ben Barnes and Emma Greenwell and served as early holiday wishlist inspiration for the VIP crowd. Miller admitted she hadn’t yet started on her Christmas shopping, but that her holiday plans would involve “pajamas, wine, and family arguments, which is what every Christmas ends up being.”

“I’ve seen the short version, but I’m really looking forward to [seeing the longer one] because I thought the trouble with the short version was there wasn’t enough of me in it,” West deadpanned, shortly after his early arrival.

The actor portrays polar explorer Ernest Shackleton in the film. “The real draw was that they said I could play Sir Ernest Shackleton, who is my biggest hero,” he continued. “He led a team to the South Pole and I walked to the South Pole a couple years ago, with wounded soldiers. And he walked with wounded soldiers too – though they weren’t wounded before they went. [When I went] it was a charity called Walking With the Wounded, with veterans – we had a blind guy, we had two people with no legs, and they said ‘Do you want to come and walk with these people,’ and I said, ‘Well, I should be able to keep up with a guy with no legs.’”

Burberry outfitted Shackleton in his South Pole attempt in the early 20th century, hence his role in the film – but for West’s trek in modern times? “I wore Helly Hansen,” he said, with a sheepish grin.