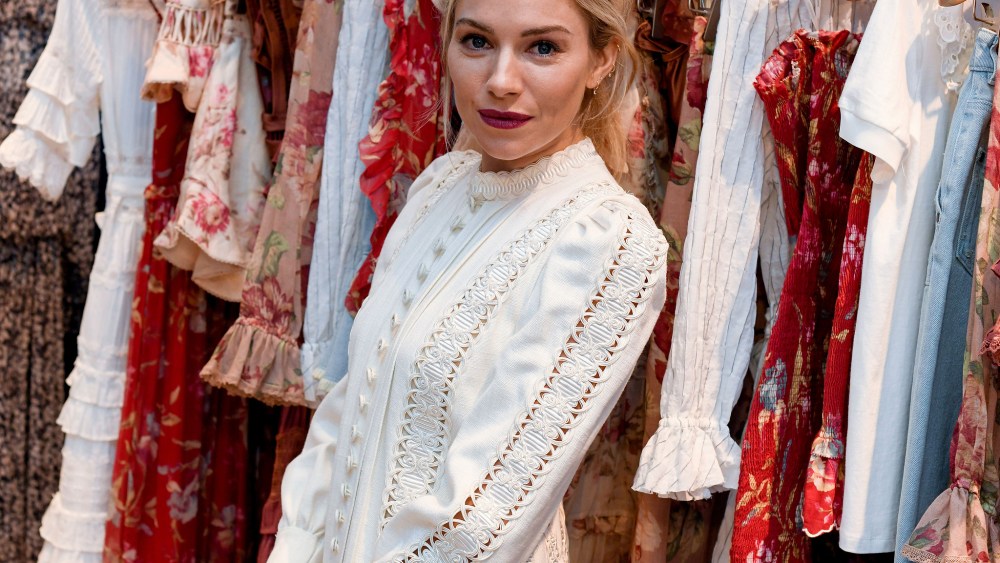 “I’d love this to be my lounge room,” said Nicky Zimmermann from inside the newly reopened Zimmermann SoHo flagship. “I was pretty blown away when I walked in because I thought it’s quite a difficult store — it’s long and narrow. I couldn’t believe what they were able to do with it.”

The Australian designer took a brief break from preparing for her show next week to host a cocktail party at the store, followed by an intimate dinner at Raoul’s on Tuesday evening. The new space opens up into a lounge area complete with comfortable seating and coffee tables. The reopening comes just after the unveiling of three other locations — Meatpacking District in Manhattan, Miami and London — and just before the arrival of stores in San Francisco, Los Angeles and Saint-Tropez later this year.

“I haven’t managed to look at the store because I’m so distracted by the beauty of the clothes,” said Sienna Miller. “It’s like a perfect summer wardrobe, it’s beautiful. The pieces are fun and amazing. It’s super chic.” She added that the cocktail celebration was the first thing — of “maybe a couple” total — on her fashion week agenda.

“They’re everything you want to wear as a girl,” she continued of the brand. “The fabrics are beautiful, the design is beautiful, it’s everything I want to wear. It just fits. I’ve worn their stuff before and I always felt great in it and they’re just cool.”

“I like how modern this store is, it’s a nice juxtaposition to the clothing, which is very whimsical,” shared the relatively uncommunicative Holmes. “I think it’s beautiful.”