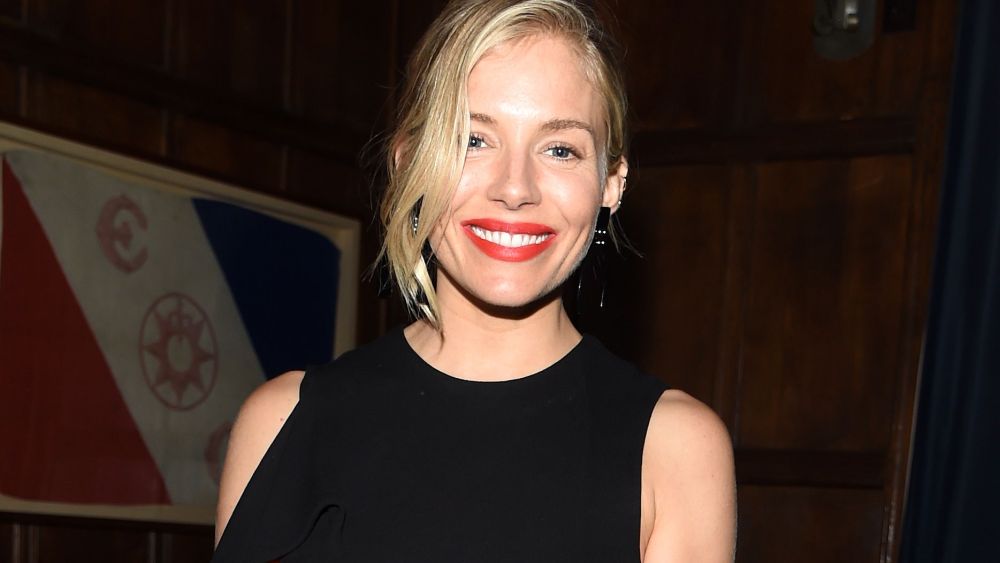 “The Lost City of Z” cast members have been busy making their rounds since the film’s world premiere at the New York Film Festival in October. Sienna Miller and director James Gray reunited in New York on Tuesday for a special screening hosted by Amazon Studios, Bleecker Street and The Cinema Society. Noticeably absent from the event were cast members Charlie Hunnam and Robert Pattinson.

The film is based on the non-fiction book by David Grann. Gray said he was sent the book by Brad Pitt — “of all people” — who joined Gray as an executive producer of the film. “‘Jimmy, I’ve got a book, it’s really cool, wanna do it?'” Gray said, impersonating Pitt. “I have no idea why he thought of me, but he did.”

Miller wore a black, asymmetric top over an orange maxiskirt with black, geometric earrings to match — all by Proenza Schouler — to the screening. “I love exploring different eras and I love being in the past,” she said of the film, which takes place in the Twenties. “I studied history, so the idea of exploring eras and getting to live in them and play in them and wear the clothes from them feels like a complete experience for me.”

The actress recently starred in Ben Affleck’s “Live By Night,” which takes place during the Prohibition Era, but said she “didn’t even make the connection” that the two are set in similar time periods because of how different they feel.

“The Lost City of Z” highlights the fine line between exploring a new land and exploiting the people who inhabit it. When asked for her thoughts on how to learn about a new culture without offending its people, Miller said, “It’s a really complex question.”

She didn’t travel to the Amazon, where most of the film takes place, and was “kind of within my own culture” in the U.K., where she shot her scenes. “It’s not really relevant to me in this film, but I think sensitivity and an understanding that people are people,” she continued. “I don’t feel like I have any xenophobia. It’s a hard thing for me to understand.”