"The film is really a celebration of chaos," said Aboud. 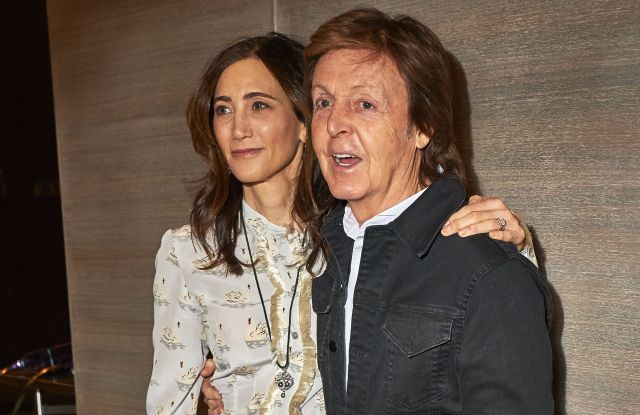 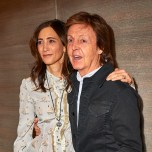 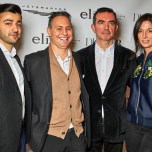 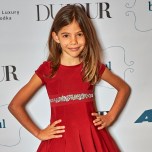 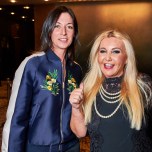 “You know that thing where you leave home and you find your adopted family?” asked Mary McCartney from the Onyx Room at the Park Hyatt in New York. “It’s about that — when your friends suddenly become your family.”

For McCartney, the Monday night celebration hosted by Gilt and DuJour was a mixture of both friends and family. They had all come out to toast her husband Simon Aboud’s newest movie, “This Beautiful Fantastic.” This has been an especially creative season for the pair — McCartney herself recently released a book of photography.

“I love the idea of the metaphor of nature being very close to the metaphor of life,” Aboud explained of his film, which he wrote and directed. “Gardens and nature are about life and about death and about renewal.”

The film is a whimsical drama, rooted in the friendship between a young agoraphobic woman and her elderly neighbor, a horticulturalist who helps the woman conquer her fear of nature. Their relationship is symbiotic — the man learns to embrace life again and he empowers her to accomplish her dreams of penning a children’s book and falling in love: a feel-good story, grounded in reality.

“I was fascinated with this idea of a woman who is trying to get on the path of life, and a man who’s on the path to death,” Aboud continued. “The film is really a celebration of chaos. You can’t control nature.”

Chaos strolled into the party around 7 p.m., arriving in the form of Sir Paul McCartney. The singer, along with wife Nancy Shevell, joined in the familial celebration (James McCartney was there as well). The room crowded around the iconic singer, clutching their phones high in the air to capture a Snapchat, Instagram, any memento possible of the sighting.

But much like spotting a rare animal out in the wild, too much commotion generally causes them to quickly vanish back into the wilderness, out of sight. A few minutes after his arrival, the eldest McCartney made a swift departure.