The legend wore a Gucci suit complete with a sequin "Elton" embellishment on the back. 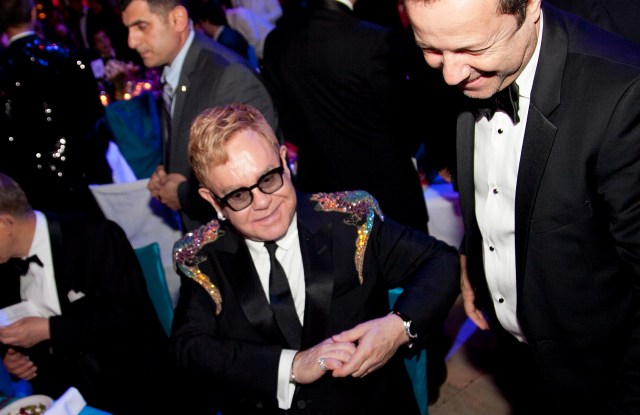 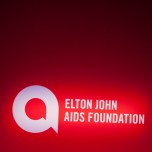 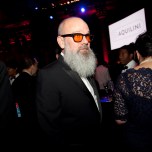 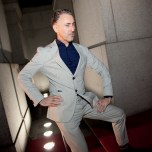 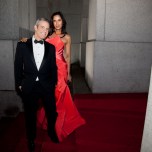 “Everything’s Gucci except the tie, which is McQueen,” John said of his outfit: a suit with “Elton” embellished on the back. “So it all stays with [François-Henri] Pinault, right?

“I’m feeling very excited,” he continued. “The weather here is just amazing — the mildest I can ever remember for this event. And it’s exciting. We love doing this event. New York is such a wonderful supporter of our charity. We have wonderful music from Diana Krall. I’ll probably sing a song with her. She’s a dear friend and she got married at our house in England. So she’s a great friend, she stepped up at the last minute to do this and we’re gonna have a great time, and hopefully, more importantly, raise a lot of money so that people who desperately need it can get it.” And with that, John headed up to the green room.

This year marks the first time Bulgari partnered with John’s foundation. It’s a relationship that Daniel Paltridge, president of Bulgari’s North American operations, said the brand hopes to continue. “It’s something which was very dear to our hearts and also to Elton’s heart just because of the philanthropic work that he does and his relationship with the AIDS Foundation,” Paltridge said. “Bulgari, since its [founding in 1884], has had philanthropy at its heart and we like to get involved with organizations that help, especially children around the world.”

Tambor was just being a “huge” fan for the night. “[John] played last year at the Oscars,” Tambor said. “I’d never seen him live. It was great. I’m also a huge fan of Diana Krall, who’s playing tonight. I used to watch her at Birdland.” Tambor revealed that he will soon be taking magic lessons in preparation for his new role in Disney’s “Magic Camp,” which was revealed earlier that day. “My kids are going to go crazy,” he said. But will they be “huge” fans?

As for the songs, John and Krall later performed “Someone to Watch Over Me” and “Sorry Seems to Be the Hardest Word.”

With the election nearing, there was no shortage of political jokes at the benefit. The most subtle one came from John himself.

“We’re not gonna let up because we have an enduring vision — a vision of a more compassionate world, where no one is ever treated as less than, no matter their race, their sexuality or their gender,” he said in his speech. “A world where love trumps hate. I knew I’d get the word ‘trump’ in somewhere.”