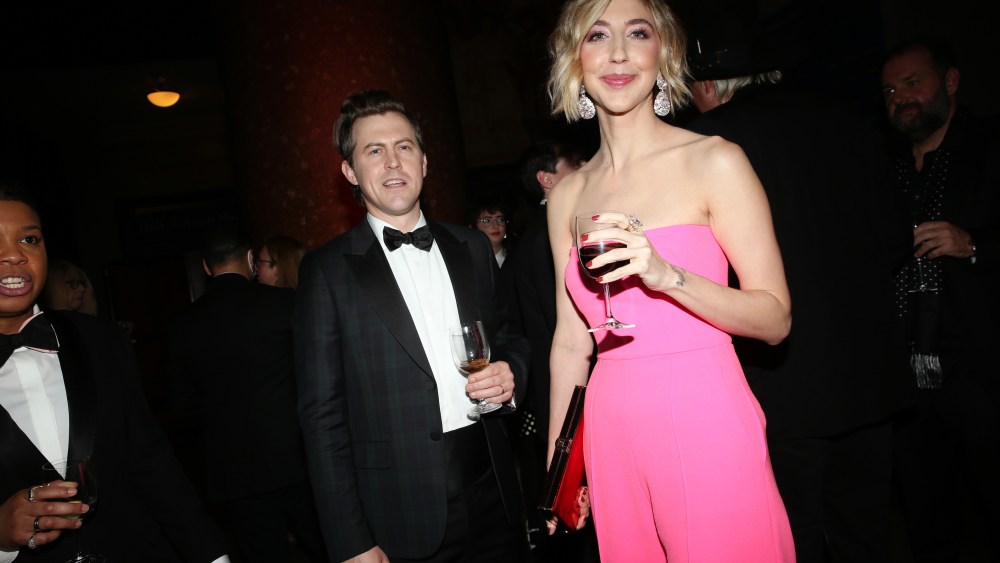 “Man, I got a fly-ass cast, man,” said Chris Redd on Thursday evening, surveying the red carpet around him. “Everybody real fly. It’s a real pleasure to be able to see everybody flex their fashion muscles.”

Redd was one of the “Saturday Night Live” cast members who turned out for the American Museum of Natural History’s annual gala, back after a pandemic hiatus last year. The event is chaired by Lorne Michaels, which means the SNL cast is usually in heavy attendance — and this year was no different. Aidy Bryant, Alex Moffat, Heidi Gardner, Kenan Thompson, Michael Che, Bowen Yang, Kyle Mooney, Chloe Fineman, Melissa Villaseñor, Sarah Sherman, Mikey Day and more came out dressed in black tie, a fun break from their usual attire, the cast said.

“Once I saw the jumpsuit I kind of wanted to have a ’70s moment,” she said. “My friend told me to do my makeup — well a makeup artist at SNL did it — like Debbie Harry.”

Featured player this season Aristotle Athari, who wore a blue John Varvatos suit for the night, said it was fun to see the rest of the cast in their finest.

“I’ve always imagined what they all looked like addressed up, in my mind, and I’m not terribly disappointed,” he deadpanned. When not on set, his style is “lazy,” he said. “T-shirts, jeans, sneakers. Very boring.”

Boring was the goal for Yang, who paired a black suit with pink suede loafers.

“I wanted something low key and understated, I didn’t want to pull too much focus,” he said. “There was talk of putting me in something gender bendy and I was like, ‘no, let’s just keep it boring. Let’s be boring tonight.’”

His favorite moment of the season thus far?

The evening also drew Steve Martin and Andrew Rannells, and featured a performance by the Foo Fighters, who walked the carpet then mingled with the museum donors during cocktail hour. Che and Thompson were cohosts for the evening, though Che slipped in during cocktails unnoticed while Thompson gladly milled about the room.

“[It’s] so good to be back again,” he said of the annual event. “It’s so good for the city, it’s such a great thing for those kids that get to come here for free. It really is important.”