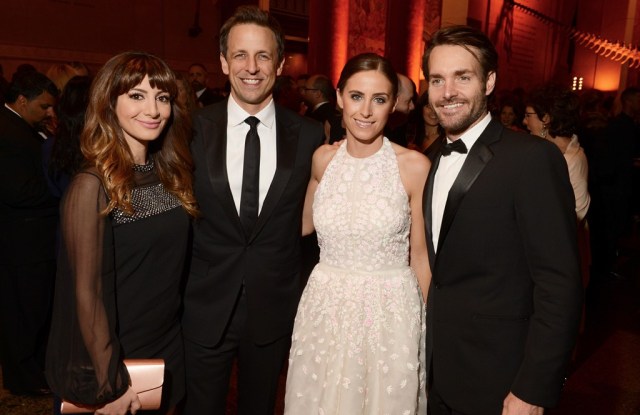 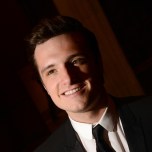 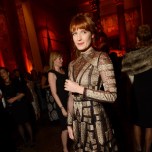 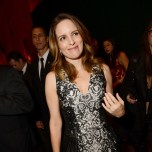 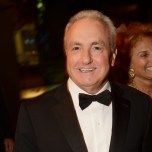 “I only look this put-together because our hair and makeup people are magicians,” Nasim Pedrad said on Thursday night. The “Saturday Night Live” veteran was among the coterie of castmates who were orbiting the towering Tyrannosaurus vertebrae at the center of the American Museum of Natural History’s Theodore Roosevelt Memorial Hall, where cocktails were being clinked for the museum’s annual gala. Show-runner Lorne Michaels and wife Alice are gala chairmen. “Thissss,” Pedrad said, looking down at her black billowy mini dress, searching for the fashion credit. “This is Gucci. From our lovely wardrobe department.”

Soon, the crowd moved into the Milstein Hall of Ocean Life, where guests picked on plates of radicchio salad under the room’s massive blue whale. “It’s going to be weird actually having a Democratic mayor for the first time in 20 years or something. Well, after 12 years of hard-core right-wing [Mayor Michael] Bloomberg with his gay marriage and bike lanes. I hate those bike lanes,” said emcee Tina Fey from the dais shortly after hopping onstage. “Bikers are so judge-y and angry. It’s like, ‘You’re not more green than me! I’m walking!’”