The charity honored Justin Tuck and John Demsey at its annual gala. 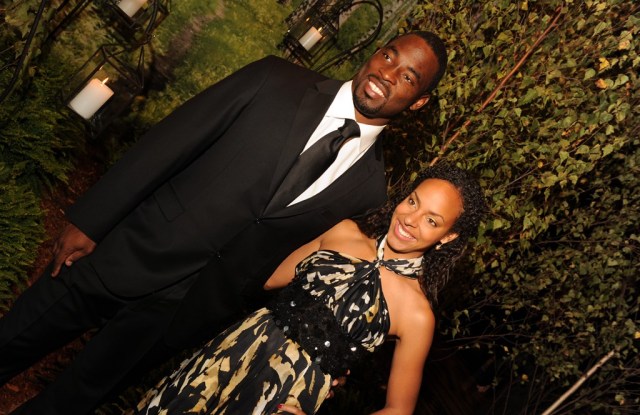 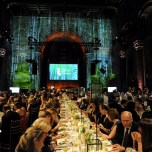 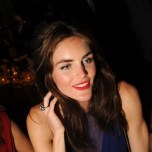 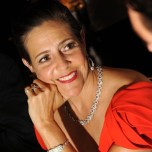 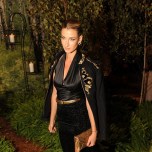 On Tuesday night, the autumn social season was ready to begin, as is custom in Manhattan these days, with the New Yorkers for Children’s Fall Gala. But outside the heavy doors of Cipriani, hurricane season had one last mighty torrent to deposit on 42nd Street, complicating things for late-arriving socials and their dresses. The scene felt somehow appropriate, coming on the heels of a fashion week that was more contentious than usual, rife with slapping incidents, after party fights and traded newsprint barbs.

Even Selita Ebanks’ pet was feeling the upheaval.

“My dog is sick, and I mean both ends sick,” the model allowed while awaiting a drink near the bar in a long black gown and glittery Swarovski earrings. “I feel like a bad mommy leaving him at home.”

Around Ebanks, a mix of models and socialites small talked their way through cocktail hour. Lauren Remington Platt, Michelle Harper, Hannah Bronfman, Hilary Rhoda and Aerin Lauder were all in attendance, as were a few of the kids the charity, which benefits youths in foster care, works with. Ebanks’ talk turned to the organization and to New York Giants defensive end Justin Tuck, who was to be honored later in the evening. The nonprofit also handed its inaugural business leadership award to the Estée Lauder Cos. Inc. group president John Demsey.

Earlier in the night, Tuck had been standing with his wife Lauran, a New Yorkers for Children board member, near the red carpet and a mock forest grove that had greeted guests.

“It’s been a great combination for the both of us as far as taking what is a huge negative in our foster care system — at 18 they’re pretty much on their own — and giving them some hope going into college,” Tuck said of the couple’s work with the organization.

Good causes dissected, Tuck was asked about the city’s recent combative air. His Giants, after all, had seen the last play of an otherwise in-the-bag win on Sunday over Tampa Bay turn particularly violent. He looked out the front door at the storm.