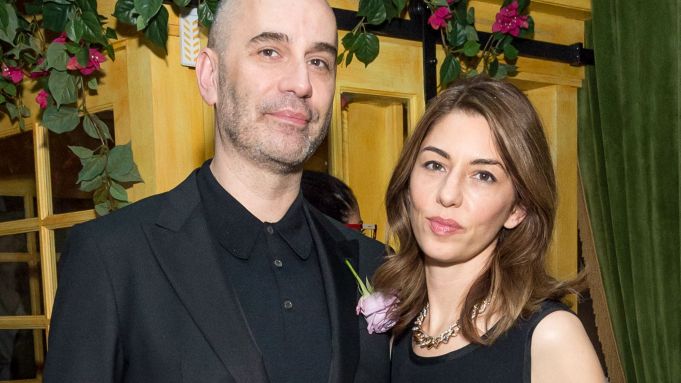 “I’d be in flats all the time if it weren’t for Fabrizio [Viti],” said Sofia Coppola.

The director, shod in a pair of strappy aquamarine heels by Viti, joined the Italian shoe designer in hosting an intimate dinner Wednesday in New York to mark the first anniversary of his eponymous label.

“He knows that I’m not good with high heels. He’s very much into glamour and pushes me to be more glamorous — I appreciate that,” said Coppola, who is “figuring out what’s next” following this year’s release of “The Beguiled.”

Tory Burch, Olympia Scarry, and stylists Julia von Boehm and Kate Young were among those who gathered at Socialista, Cipriani Downtown’s exclusive second-floor lounge outfitted in the rich colors of pre-revolution Cuba.

Viti, in town from Paris, held court at the center of the lofty space, relishing the warm glow cascading from the glass bulbs of ornate Victorian-style chandeliers. “The color of this flower — lilac — it’s my favorite color,” Viti remarked, pointing to a boutonnière he fashioned from one of the table bouquets.

Also the longstanding creative force behind Louis Vuitton’s shoe collections, the designer noted how his process at the French heritage brand differs from that of his own line. “My frame of mind [with Vuitton] is to design something that can appeal to different places,” he revealed. “When I work with [LV creative director] Nicolas Ghesquière, we create a character so I have to be with him in this fantasy. For myself, I design what I feel.”

Viti surveyed the elegant room, which included models Hilary Rhoda and Anne V who perched their willowy figures on overstuffed sofas with ballerina-straight posture. The designer noted how his inspiration is constant and comes from the beauty that nearly always surrounds him.

“My brain works nonstop,” he said. “Look how many beautiful girls are around. Look at Sofia tonight in heels. I told her, ‘Sofia, you can’t come to the dinner in flats or a medium heel.’ Now she’s in heels.”

Read ‘The Great Gatsby’ in F. Scott Fitzgerald’s Own Handwriting

‘A Walk of Art: Visionary Shoes’ Asks If a Shoe Can Be a Work of Art