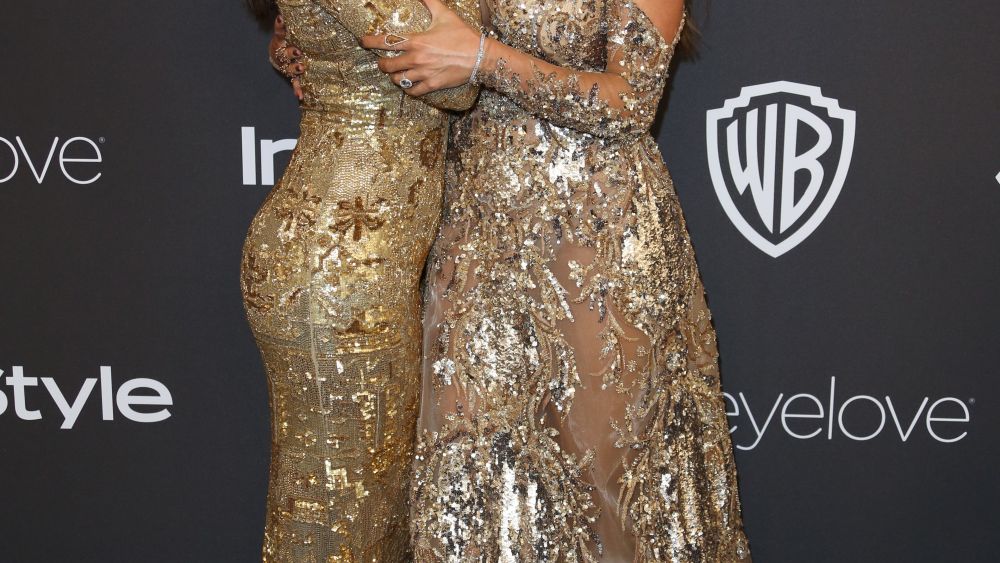 As if Sofia Vergara didn’t create a big enough stir with her “anal” comedy bit during the Golden Globes televised ceremony, she let her own derrière steal the show at The Weinstein Company and Netflix’s after party. From her perch in a private, security guard-surrounded balcony in the party’s tented pavilion, the “Modern Family” star’s curves were on display in her Zuhair Murad gown as she leaned over a railing to chat with pals passing just outside her exclusive area. She then settled in to form a triumvirate of international beauty as she cozied together with Prianka Chopra and Heidi Klum.

“People V. O.J. Simpson: American Crime Story” star Cuba Gooding, Jr. was on the run from the Fox party, much to the delight of another glamourous trio seated nearby: Joan Collins, Donna Mills and Naomi Campbell. As Netflix’s chief content officer Ted Sarandos palled around with “The Crown” star John Lithgow, nearby actress/model Emily Ratajkowski was working it for a pack of photographers, putting her barely-hanging-on yellow Reem Acra gown at risk of slipping off – not that she isn’t used to exposure.

Throughout the night an eclectic assembly of talent popped in and out of the party, including Dev Patel from Weinstein’s major awards contender “Lion”; Netflix’s big winner of the night, Claire Foy of “The Crown”; “Scandal” star Kerry Washington; “Transparent” lead Jeffrey Tambor; “Stranger Things” star Winona Ryder, and Harvey Weinstein himself. It appeared that even more than a Golden Globe statuette, the most popular figures inside the party were Ryder’s young castmembers Gaten Matarazzo, Caleb McLaughlin, Finn Wolfhard, Noah Schnapp and Millie Bobby Brown, who were the coveted photo opps sought out by dozens of guests.