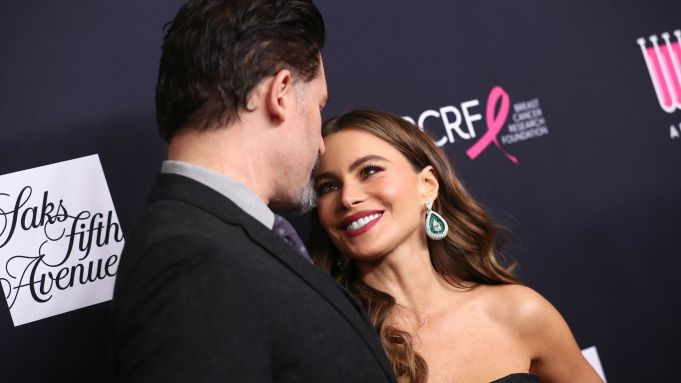 “It’s Oscar Week, and many of you have got a lot on your plates,” said James Corden, who began thanking those who came out on Tuesday night to support An Unforgettable Evening to benefit the Women’s Cancer Research Fund. “Wait, who are you kidding? You’ve got nothing on your plates; you’ve been on a cleanse for months!”

It was a Hollywood joke for a very Hollywood event: the flagship fund-raising gathering for the WCRF has been going strong for over 20 years and has raised more than $70 million for cancer research.

After dinner was served in the ballroom of the Beverly Wilshire hotel, past honoree and perennial attendee Tom Ford presented Jennifer Hudson with her award. The designer also dressed a bevy of sequin-clad women including Tisch, Wilson and Jessica Hart for the event.

As soon as she got on the stage, Hudson broke out into song for a full minute. When she finished, she said, “I don’t speak often; I’m always singing. Before I came here I thought, ‘What do I say?’ It’s not about what we say, it’s about what we do that makes a difference.” Hudson lost her father and other relatives to cancer and works on various philanthropies around women’s issues.

Wilson, who then ushered Vergara to the stage, said “there is no weapon quite like courage,” referring to Vergara’s thyroid cancer diagnosis 18 years ago at the beginning of her career.

The Colombian actress then pretended to match Hudson’s vocals, but stopped after a few seconds, saying, “I wish I could, but I can’t.” She did say, “Thank you [WCRF] for creating this modern family that gives so many the courage to look forward and to live.”