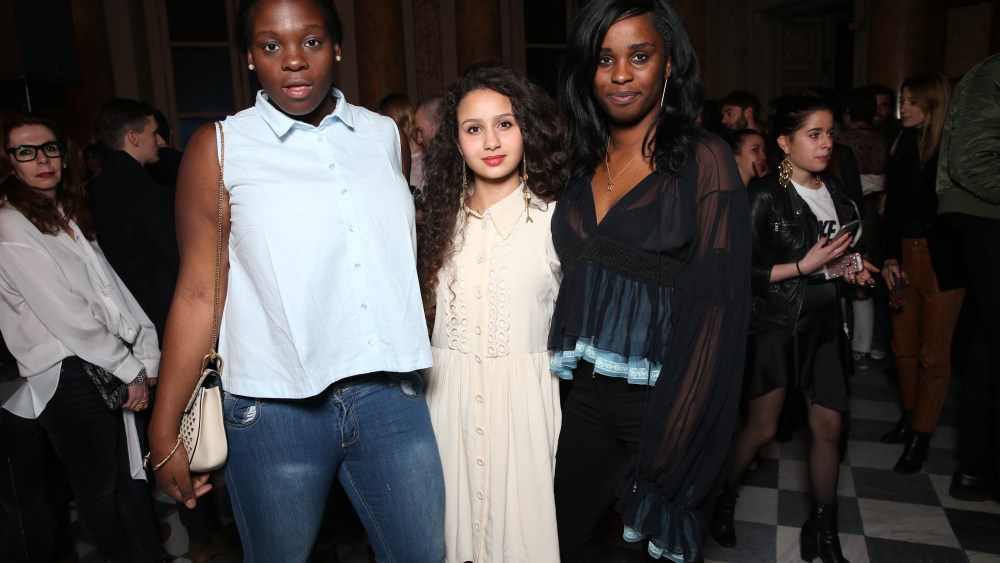 “Don’t touch my hair,” Solange Knowles sang as Déborah Lukumuena belted along at the Chloé after party.

Last Friday, the 22-year-old actress took home the award for Best Supporting Actress at the Césars — the French equivalent of the Oscars — for her role in “Divines,” a coming-of-age drama set in the outskirts of Paris.

Lukumuena was joined at the party by her costars Oulaya Amamra, who took home the César for Most Promising Actress, hip-hop dancer and actor Kévin Mischel and Jisca Kalvanda.

“I think this means that maybe the French industry is ready to see another type of message, with another type of actor,” Lukumuena said about the film’s awards-season sweep. The movie also took home the Camera d’Or at the Cannes Film Festival and was nominated for Best Foreign Language Picture at the Golden Globes.

“Divines” raises questions of social mobility and inclusion with its depiction of young teenagers with African and Middle Eastern heritage, who turn to selling drugs and theft to make ends meet in the suburbs. “I think maybe people start to be woken, to realize we’re in a crisis,” she said.

As an actress of African descent, Lukumuena said she thought Solange’s message of “Don’t touch my hair” had a similar resonance to “Divines” by bringing up the need for inclusion. “In fashion lately, people realize there are different types of beauty,” she said. “‘Don’t touch my hair’ means don’t touch my style, don’t touch my identity, and this is a really strong message.”

The star of “Divines,” Amamra has put her film career on hold to resume her studies at the French National Academy for Dramatic Arts, where she is preparing to audition for a slot in the Comédie-Française.

Mischel said he was rehearsing for his second role in a feature-length film, a project to be directed by Marc Fouchard that will shoot later this spring.

Other stars who turned out for the after party included Emma Roberts and Gwendoline Christie of “Game of Thrones.”

After Solange’s concert, the party raged on with DJ Clara 3000 stepping up to the turntables.