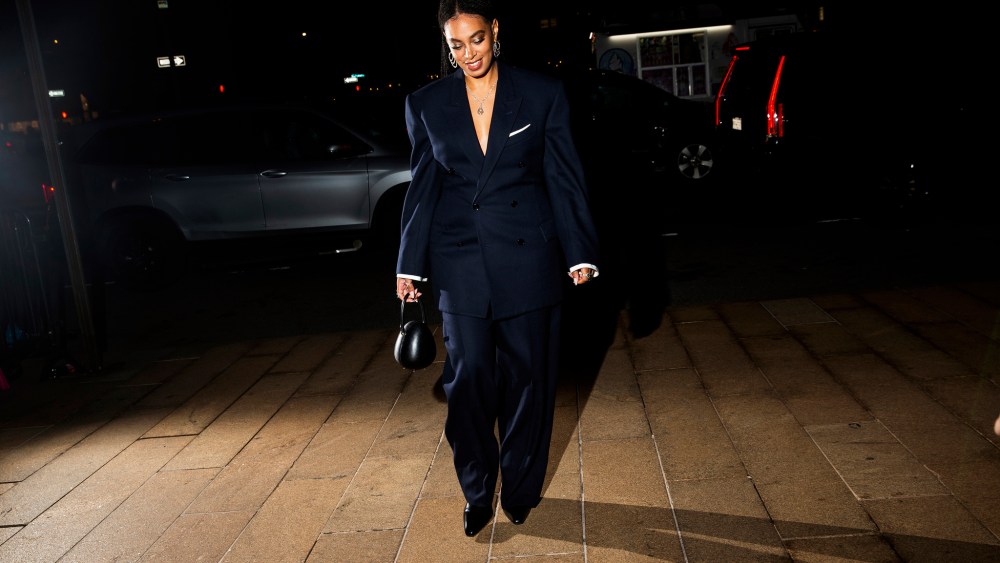 The evening was a coming-out party for the Solange Knowles-scored “Play Time,” her first composition for ballet, with choreography by Gianna Reisen and costumes by Palomo Spain featuring 800,000 Swarovski crystals.

“I used to come [to the ballet] with my grandma a lot when I was little, so it’s very nostalgic for me,” said Fox. “I love it, it’s just such an emotional roller coaster, you really feel something at the ballet — you don’t get that elsewhere. The hard work people put in is insane.”

Fox wore a silver lamé gown by Zac Posen and was accompanied by the designer and his fiancé, City Ballet principal dancer Harrison Ball. Posen and Ball became engaged in April and recently got a new dog — a toy poodle aptly named Bizet.

Posen actually dressed a majority of the company’s dancers for the event in archival gowns. He first entered the world of City Ballet in 2019 when designing costumes for a ballet choreographed by former principal Lauren Lovette. Now immersed in ballet 24/7 via his home life, the designer said: “I root for the dancers, I watch them and see their growth and it’s an incredible experience to be a part of. It’s incredibly challenging, grueling and unforgiving — it’s a commitment that should really be celebrated and protected more.”

The evening’s program wedged Knowles’ score between an excerpt from the classic Balanchine-Bizet piece “Symphony in C,” Justin Peck’s “Solo” that saw its stage debut after being choreographed during the darkest depths of the pandemic, and a new work from Kyle Abraham with a James Blake soundtrack. Where Knowles and Reisen’s sparkly collaboration spoke to the opulence of this post-pandemic moment, Peck’s was somber and grounding — reminding the audience of the times that had come before. Abraham’s change-agent piece, with its shadowed lighting and innovative movement, touched on the power of youth culture.

It was Abraham’s ballet that received the loudest applause and was programmed last on the evening’s schedule to go out with a bang. “Love Letter (on shuffle)” is his second piece for the company following 2018’s “The Runaway,” which was a critical success and was staged to a largely Kanye West soundtrack. Abraham teamed up with Giles Deacon on costume design for that piece, as well as his latest work.

Abraham — who in his day-to-day is the artistic director of his own company A.I.M by Kyle Abraham — said he felt more confident this time around, but that the true success of “Love Letter” lies in collaboration.

“I had more information and more confidence; although I’m not a ballet dancer, I feel like I have something to offer and I felt supported by the dancers in the space,” he said.

Abraham’s latest work for City Ballet, even gutsier than his first, was a result he said, of, “Making sure I work with kind people, so we have fun and have reciprocity and respect in the studio — it allows the weight and guards to drop. There is trust — people feel seen and appreciated so we make a truly collaborative work.”