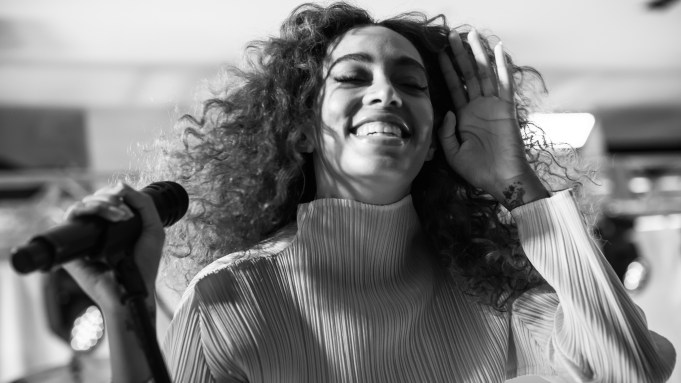 Tuesday night on Fifth Avenue, Solange took over the Made by Google party with a nearly 45 minute set, delighting a crowd of downtown revelers who had turned out to play with the Google gadgets — and mostly see the musician perform.

The products, which were launched Oct. 4, are available for purchase at the pop-up that will be open through the holiday season.

“We’re starting to make Google more physical, with more tangible things,” said Ed Sanders, global director of cross-product marketing at Google. “We want to bring people together to put a stake in the ground.”

Prior to Solange, partygoers milled about haphazardly toying with the products, as waiters in white boiler suits offered them trays of whole tomatoes, cooked carrots, tamales and slabs of chocolate. Framed cat memes decorated the walls, natch.