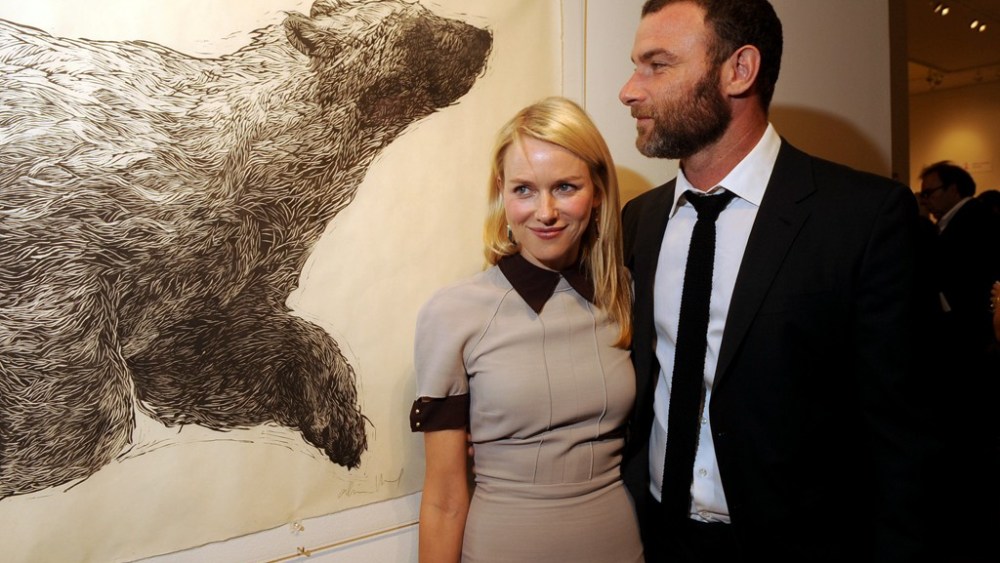 The New York Academy of Art’s annual Take Home a Nude auction may have been a bit of a misnomer on its 2012 go-around on Thursday night.

“It’s interesting because there are many pieces here that have no relation to nudity,” gourmand Daniel Boulud said, standing on the 10th floor of Sotheby’s, where artwork up for silent auction hung on every wall. “I guess you have to interpret the meaning?”

Art-minded guests including Jamie Tisch, Anh Duong, Eddie Borgo, Maureen Chiquet, Thakoon Panichgul, Padma Lakshmi and Jennifer Creel drifted through the five gallery rooms, eyeing the varied works. Though a healthy dose of exposed flesh was on display, there were plenty of PG-13 rated pieces as well, including a 1983 Maripol Polaroid of Madonna; a David Armstrong gelatin silver print of a shirtless drifter, circa 2003, and Aliene de Souza Howell’s “Ursa Major Lost at Sea,” a 3-by-7-foot linocut print of what appeared to be a bear doggy-paddling through water. The cub proved to be a hit.

“I like that a lot,” said Liev Schreiber, who beelined toward the frame shortly after arriving. Upon closer inspection, the actor realized the piece had already been snatched up by a fellow bidder, to the tune of $2,800.

“We’ll pay more than that, a lot more than that,” he playfully protested to Eileen Guggenheim while Schreiber’s wife, Naomi Watts, in a Victoria Beckham structured frock, looked on smiling. Watts proved to be a less impulsive shopper, keeping her paddle in her lap during the live auction, intermittently applying Rosebud Salve to her pout and texting on her iPhone. Highlights from the 10-piece auction included “Grisaille in Pink,” a watercolor painting from Francesco Clemente (who, though he was being honored by the charity, didn’t make an appearance until the post-auction dinner); a poured glass sign spelling the word “Nude” from Rob Wynne, and Will Cotton’s “Lollipop Tiara Study,” the latest take on his signature confection-headwear hybrid. The night racked up more than $775,000 for the arts academy.

Though Dree Hemingway, who nuzzled on beau Phil Winser’s arm much of the night, wanted to pitch in to the charity, the model wasn’t exactly in the buying mood. “I’ve been really bad,” Hemingway, in a red Valentino floral dress, said. “I need to make another round and really take a look at the work.”

Winser came to his girlfriend’s aid: “We already have a few nudes at home.”