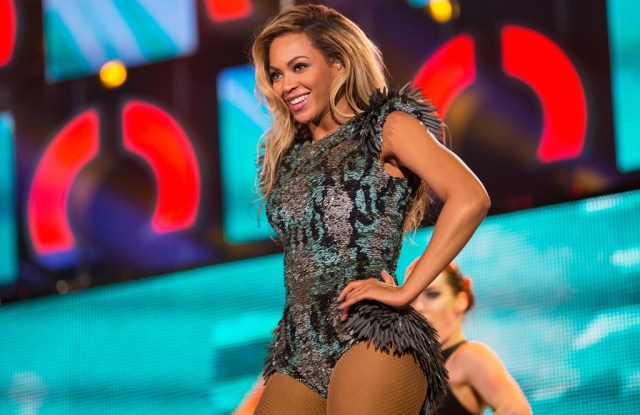 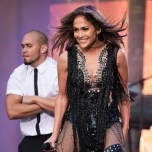 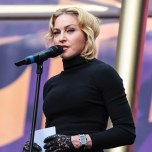 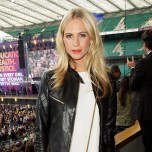 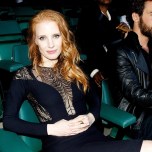 The Chime for Change initiative that Gucci creative director Frida Giannini founded with Salma Hayek Pinault and Beyoncé Knowles-Carter staged its Sound of Change concert at London’s Twickenham Stadium on Saturday night, rolling out acts including Jessie J, Jennifer Lopez, Florence and the Machine, Ellie Goulding, Haim, Laura Pausini, John Legend and Timbaland, who performed a remix of Duran Duran’s hit “Relfex” with Simon Le Bon. Beyoncé herself closed the show, introduced by her cofounders, with a 45-minute set, which included a duet with husband Jay-Z of “Crazy In Love.”

The initiative, which aims to highlight the causes of justice, education and health for women around the world, was launched earlier this year but came out of a trip that Giannini took to Malawi with UNICEF in 2009.

“When we visited the fields in Malawi with people from UNICEF, personally I really felt that there wasn’t enough being done for the women,” said Giannini at the Dorchester in London ahead of the concert. “At the hospitals, for example, there were no incubators; they didn’t have enough supplies for the maternity department; there were a lot of girls, very young girls about 14 or 15 years old, already having their second or third child. There was also an ignorance — these girls had children with the first man they met and are married before they are 15.”

So Giannini, inspired by the Live Aid concerts in the Eighties, decided to stage a musical event that would be broadcast to an audience of one billion people in 150 countries.”

The event, which drew 50,000 attendees, had presenters from the worlds of film, music and philanthropy, who introduced the acts and several moving short films. Blake Lively introduced Florence and the Machine; Prince Harry opened the show with a video; Mpho Tutu appeared on stage with a special recorded message from Archbishop Demsond Tutu, and Jessica Chastain and James Franco introduced Rita Ora, with Chastain saying that “none of us can move forward if half of us are held back.” Madonna rallied the 50,000-strong crowd at Twickenham Stadium and introduced a film about a Pakistani woman, Humaira Bachal, who is fighting to educate girls in her country. “What happens when we educate girls?” asked Madonna. “We empower them.…If knowledge is power, lets do more than ring the chime for change, let’s bang the gong.” After Bachal herself appeared on stage to say a few rousing words, Madonna promised to match any donations made to the young activist’s schools project. Other presenters included Freida Pinto, Jada Pinkett Smith, Aishwarya Rai and Abhishek Bachchan, Nobel Peace Prize laureate Leymah Gbowee and Gloria Steinem.

The concert, which was underwritten by Gucci, raised over $4.3 million for nonprofit organizations, which will be distributed by Catapult, a crowd-funded platform where community members can choose which projects to support. The serious undertones and important messages were balanced with plenty of high-octane performances. Lopez did a saucily choreographed rendition of “Love Don’t Cost a Thing” and, donning a glittery cloak, brought the house down when she was joined on stage by Mary J Blige for a duet of The Beatles’ “Come Together.”

Ora had Poppy Delevingne bopping and posing like a superfan for Instagram pictures in the Gucci-hosted Royal Box. Goulding got everyone jumping with “I Need Your Love” and Legend sang “Bridge over Troubled Water.”

Beyoncé, the event’s artistic director, was undoubtedly the star on the bill, performing hits including, aptly, “Run the World (Girls),” “Halo,” “If I Were s Boy” remixed with The Verve’s “Bittersweet Symphony” and Destiny’s Child’s “Survivor.”

Despite the partying and dancing, no one overlooked they were there for a serious cause. Talking of her new daughter, Greta, born 10 days after Gucci’s February show in Milan, Giannini said, “Every day, watching her grow, you try to understand what will be her future, what will the world be like when she grows up, what kind of man will she meet? I try not to obsess over these questions every day, but I am sure that being a girl in this world is different to being a boy.”