Sports Illustrated Honors LeBron James as Sportsperson of the Year 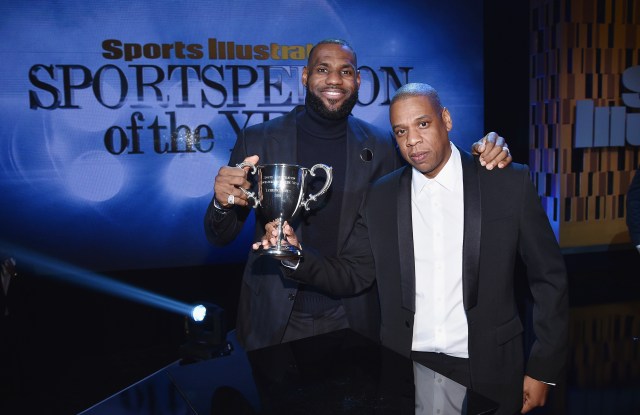 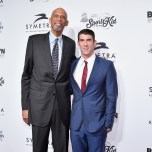 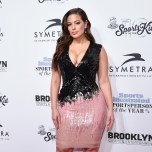 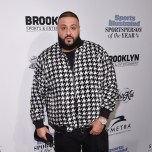 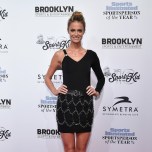 In 2002, Sports Illustrated featured a then 17-year-old LeBron James on the cover of its magazine with an emboldened, and risky, cover line: “The Chosen One.”

Now, 14 years later and with a few more Sports Illustrated covers under his belt, James has been named the magazine’s 2016 Sportsperson of the Year.

“We are here tonight because the sportsperson lived up to, and in most cases exceeded, our very high expectations of him,” said Jay Z, who presented James with the award on Monday night at Barclays Center in New York. “Y’all remember the photo with the description next to the name that said, ‘The Chosen One.’ With that cover, before Day One, at every turn there was a grandiose expectation of this man. He was the king. The future. The savior of the NBA. In the midst of our demands, we forgot that LeBron James is human.”

The Cleveland Cavaliers player’s humanity was quite palpable during his acceptance speech, which turned the focus away from himself and onto his friends and family, whom he called the “supporting cast.”

“This award is not for me,” said James, name-checking his mother, wife, in-laws and others who have helped him in the background. “It’s much bigger than me and I just want to say thank you to everyone that showed up tonight.”

During the speech James also made reference to former NBA players Kareem Abdul-Jabbar and Bill Russell along with NFL legend Jim Brown, who were presented with the 2016 Sports Illustrated Muhammad Ali Legacy Award by Peyton Manning and Ali’s widow, Lonnie Ali. Each of the honorees appeared with Muhammad Ali in a photo taken in 1967 to show support for the boxer’s refusal to fight in the Vietnam War.

The event, which was hosted by comedian J.B. Smoove, featured a performance from Kendrick Lamar and highlighted Michael Phelps, who was celebrated as the greatest Olympian of all time; Cleveland Indians shortstop Francisco Lindor, who took home the Rising Star award, and local Junior Olympian sisters Tai, Rainn and Brooke Sheppard from Brooklyn, who were honored with the SI Kids SportsKids of the Year award.