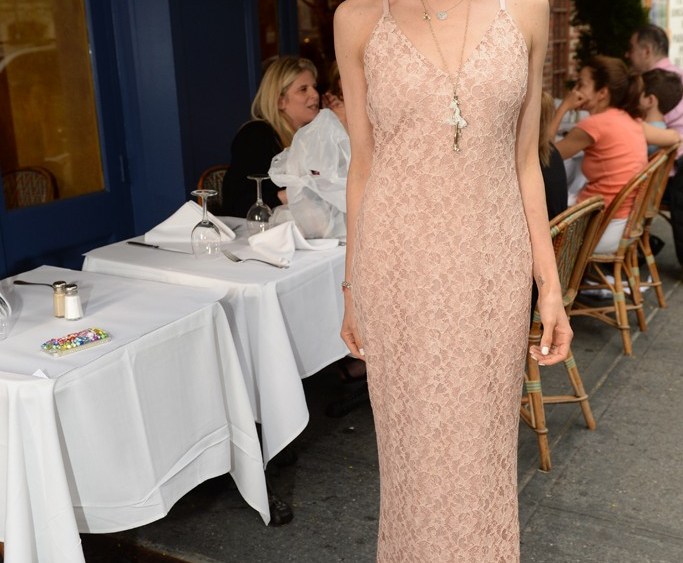 “It’s a little girls’ night dinner. I wanted to do something very local, neighborhood-y, French.”

This is how Stacey Bendet described the casual get-together she threw Wednesday night at Le Charlot. It was the opening of the Alice + Olivia store on Madison Avenue, and she had invited her downtown posse — Cleo Wade, Mia Moretti and Jenné Lombardo — to journey uptown.

The downtowners brought out their best crop tops for the trek, as did Lauren Remington Platt, who traveled from her TriBeCa loft for the occasion.

“We went on a cropping mission at home,” Wade said, pointing to Moretti. “I cropped all of my vintage button-ups at home, too. We’ve been going…” “Crop crazy!” the two said simultaneously. How could they not go nuts? “We found a seamstress in our neighborhood that will crop anything for $10,” Moretti reasoned.

The DJ was sporting a peculiar hairdo for the night. She had a stylist come to her East Village apartment to do her hair and makeup, and gave her strict instructions: “I was like, ‘You know how there are the Miley two buns? I want to do five.” But she was satisfied with the end result. “[The stylist] was like, ‘You’re a mix between “Star Trek” and “Space Odyssey.” This is the weirdest thing I’ve ever done!’”

The young actress Margarita Levieva, sporting an enviable tan and a lacy tank dress, was also fluttering about looking like she was ready to hit the beach.

“I have a few months off” before shooting a new NBC show, “Allegiance,” in September, she said. “I was thinking of taking a project, but I think I might just relax before I go into a series. It’s summer in New York.”