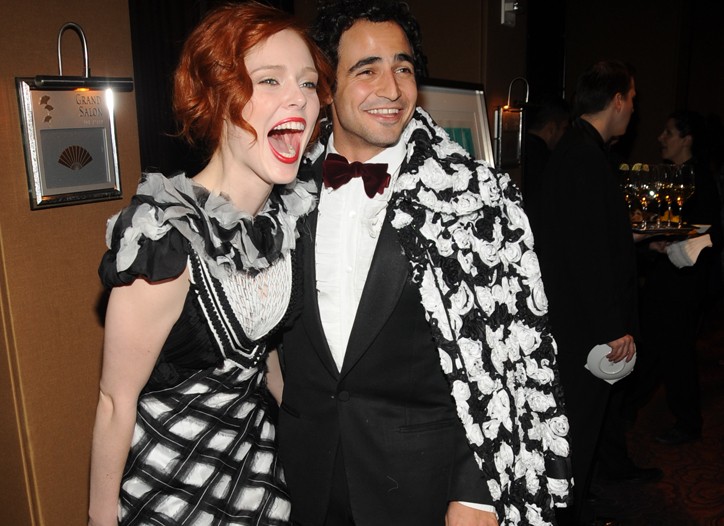 The French translate spring fever as “l’ivresse du printemps” (literally, drunk on spring). Which is an apt description for the New Yorkers for Children gala held at the Mandarin Oriental on Wednesday night.

There were starlets and young socials in colorful party frocks, cheerful daffodils on all the tables and plates of Caprese salad set out for guests. And by the end of the evening, Michael Jackson, Bon Jovi and El DeBarge lured nearly everyone out to the dance floor (not only those few party girls who dance just to get photographed).

“This is like prom,” said one guest. Sure, if you went to school with Diane Kruger and Joshua Jackson, Josh Hartnett, Emmy Rossum, Coco Rocha and Rachel Zoe.

And whereas New Yorkers often approach charity events as a chore, this affair seemed to be different. “I like going to dinners,” said Serena Williams, who came with her boyfriend Common. The tennis star called it an early night because of a morning appearance on HSN to sell her jewelry, handbags and knits, but others were still raring to go even after dinner and all the dancing.

Others, like Lauren and Andres Santo Domingo, Brian Reyes, Genevieve Jones and Hartnett, hit the Rose Bar (though there was some discussion whether Bungalow 8 would be back in rotation now that the Beatrice has Temporarily closed). More Champagne was ordered and some even nibbled on a midnight snack of burgers and fries.