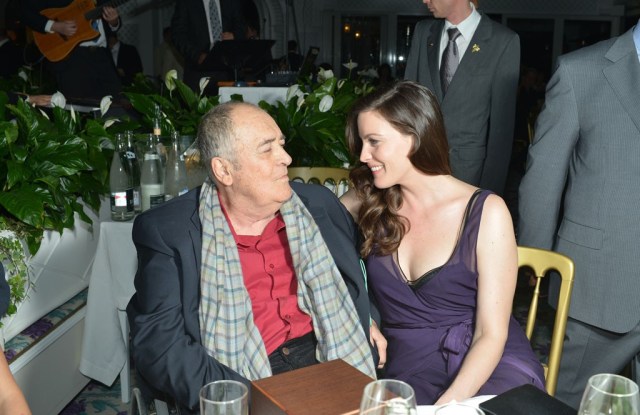 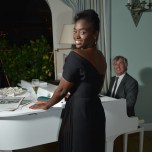 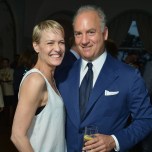 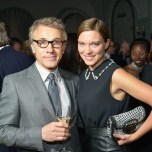 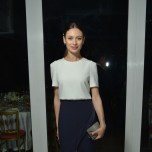 CAP D’ANTIBES, France — It’s only fitting that a dinner honoring a great filmmaker should start with a little drama.

As guests filtered into the Hôtel du Cap-Eden-Roc on Friday night for the Finch’s Quarterly Review Cannes Filmmakers Dinner, host Charles Finch relayed worrying news about a shooting on the beachfront in Cannes.

Coming just hours after reports that thieves made off with $1 million in Chopard jewels in a daring heist, the rumors prompted one attendee to exclaim: “It’s the Wild West out here!”

It emerged that a man had shot two blank rounds while Cannes jury members Christoph Waltz and Daniel Auteuil were being interviewed on talk show “Le Grand Journal,” which broadcasts live from the French Riviera resort during the festival.

Waltz was whisked off by his bodyguard and later showed up looking shaken at the Finch dinner, where Bernardo Bertolucci received the Finch’s Quarterly Review Filmmakers Award.

Waltz was spotted catching up with Léa Seydoux, who stars in two films screening at the festival.

In the coming-of-age tale “La Vie d’Adele,” she plays an enigmatic character with hair dyed blue. Judging from a teaser clip, Seydoux sizzles onscreen, but the French actress confessed she was nervous about her performance.

“I did quite a few things to get into the character’s skin, and afterwards things take on a life of their own, so I don’t know how it will come across, because I haven’t yet seen the film,” she said.

Robin Wright is also taking risks: In Israeli director Ari Folman’s semi-animated “The Congress,” she plays a middle-aged unemployed actress called Robin Wright, who allows her body to be scanned so her avatar can be used at will by film producers.

Wright described the sci-fi tale, shown as part of Directors’ Fortnight, as a social commentary on the Hollywood system and Big Brother voyeurism.

“You’re product, you are commodity, and how one builds a commodity and creates it, and then how quickly it’s dismantled if they choose you — that’s the Big Brother aspect, that’s why I did this movie,” she explained.

With stunning views of the coastline, guests at the Eden-Roc restaurant enjoyed a brief respite from the rain that has been pelting the region. But Wim Wenders, in town to finalize his next movie, said he wasn’t nervous about freak weather events derailing the shoot in Canada this summer.

“Oh no, we love them! We need storm, sun, snow, hail. We need everything,” the German director exclaimed. After all, Wenders pointed out, the film is titled “Everything Will Be Fine.”

Aïssa Maïga also reported a happy ending to her latest project. The French actress is producing a short film, shot this week in Cannes, as a taster for a full-length feature called “Looking for Spielberg.”

It’s the story of an actress and one of her fans, who are linked by their love of Steven Spielberg movies. Maïga did find the American director, who is president of the Cannes jury this year, though she hinted the encounter was brief.

“But the important thing is the journey, not the destination,” she shrugged.

As guests filed into the dining room, Kurylenko was abuzz with her recent experience working with the legendarily reclusive director Terrence Malick.

“He’s a genius. He’s a philosopher, and he gives freedom to his actors. At the same time, he just fills you up with all his ideas,” she marveled.

The Bond girl juggled the art-house shoot with filming on “Magic City,” a television series set in Miami in the Fifties. Her character, a former showgirl, gets to dust off her dancing shoes in season two of the show.

“I had to perform on stage in front of all these people, and it was great,” she reported. “The whole season is much dirtier and crazier and much more racy. Yeah — it’s going to be insane!”