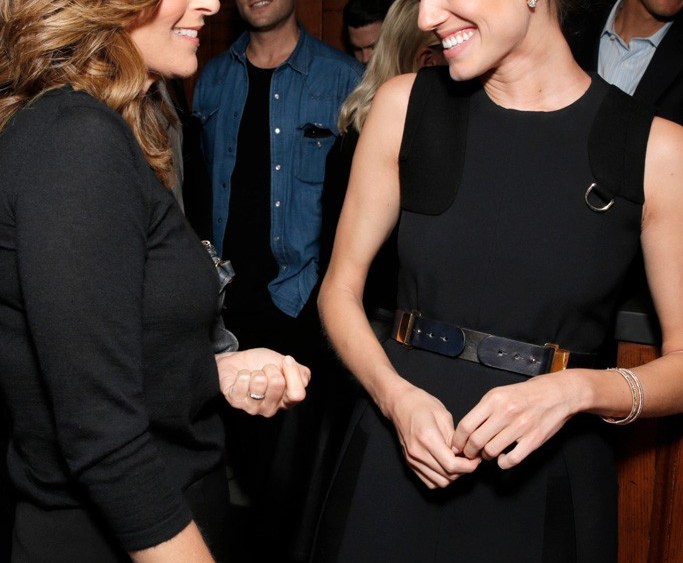 THR editorial director Janice Min said, “In terms of fashion, Emmys are the new Oscars. Every top designer wants to dress people for the Emmys when they used to only want to do film stars for the Oscars.”

Adding to the anticipation of increased fashion sense was George Kotsiopoulos of “Fashion Police” saying, “I think we can have a super fashionable Emmys because we have all these fashionable girls that are going, like Kerry Washington, Claire Danes and Lena Dunham. They get the higher level of designers. Normally, that isn’t true unfortunately of TV girls. It’s really reserved for the movie stars. The bar will be raised a lot higher,” he said. “Normally it’s the Golden Globes, but I think the Emmys are going to be a hot fashion ticket.”

Nominee John Benjamin Hickey was excited to have a drink with peers and said, “I think any chance for actors to be celebrated for how hard they work is a great cause for celebration.”

Soirees won’t cease for “Scandal” cast mates, as they’ll be gathering Sunday night at Jeff Perry’s house to root for Outstanding Lead Actress in a Drama Series nominee Kerry Washington. “We’re going to have a little party, have drinks, and get all dressed up,” said Darby Stanchfield.