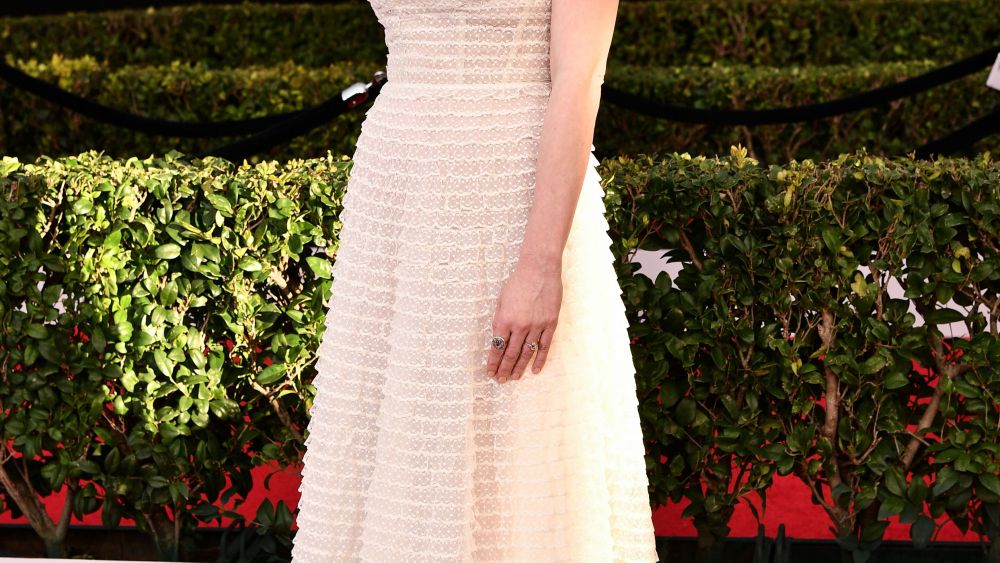 Joining them for the 23rd Annual Screen Actors Guild Awards festivities were presenters including Riz Ahmed, a first-time nominee for “The Night Of”; four-time actor award-winner and eight-time nominee Viola Davis; Kathryn Hahn, who this year is nominated as part of the cast of “Captain Fantastic”; James Marsden, Jonah Hill, Gina Rodriguez and Denzel Washington.

Fashion favorites like Kidman and Hudson know their way around the SAG Awards. Kidman has received seven SAG Award nominations, including for this year’s supporting role in “Lion.” Her previous nominations include four for lead actor: “Grace of Monaco” (2014), “Hemingway & Gellhorn” (2012), “Rabbit Hole” (2010) and “The Hours” (2002). She also was recognized for supporting actor in “The Paperboy” (2012) and as a cast member of Rob Marshall’s “Nine,” “The Hours” and “Moulin Rouge.”

Kate Hudson has been nominated for an Actor award three times, twice for her performance in “Almost Famous” (2002), and also as a cast member “Nine” (2010).

Legend has a supporting role in the year’s most-lauded film “La La Land,” which he also executive produced. The movie’s lead actors, Ryan Gosling and Emma Stone, are both nominated for Actor awards tonight.

Washington is also multitasking, simultaneously nominated in two Outstanding Performance categories for “Fences” Male Actor in a Leading Role and Cast in a Motion Picture. He has three previous nominations as lead actor, for “Flight,” “Training Day” and “The Hurricane.”

But for now, while walking the carpet, everyone seems to be a winner.