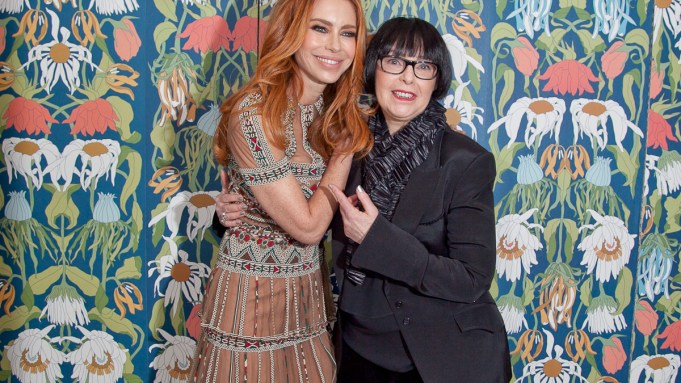 “Nervewracking. Uncomfortable. Scary,” said the photographer when asked how it feels to be on the other side of the camera. She’s the subject of a new documentary, “Magic Moments,” which was screened at the Museum of Art and Design in New York on Wednesday night.

Lowit is not used to talking extensively about her work, but her friends who attended the screening — Pat Cleveland, Isabel and Ruben Toledo, The Blond’s and others — were more than happy to sing her praises.

Yvonne Sciò, an Italian model and actress who directed, executive produced and funded the film, was more anecdotal.

“Roxanne started taking pictures of me when I was 19. She’s always been there all throughout my life. Through my ups and my downs. When I got married she was my maid of honor. She was there when I got divorced,“ Sciò said. “As a friend I wanted everyone to see her through my eyes.”

W editor in chief Stefano Tonchi, who hosted the event, remembered Lowit’s ability to be elusive but still very present when taking pictures.

“Very few photographers are able to take the picture but somehow be in the picture and make the picture happen,” he said. “A lot of what you see in those pictures it was not really there. She was always the one kind of going and picking up people and asking, ‘Can you do a picture with that person? ‘Can you go dance on that table?’ She is much more than a chronicler.”

After the screening, Kelly Cutrone, who appears in the film, ended the night with an impromptu speech to the audience.

“Roxanne raised us,” said Cutrone, who added that she looked to Lowit and Bethann Hardison, who was sitting next to her, for advice about being a single parent. “Thank you to Yvonne for telling her story.”