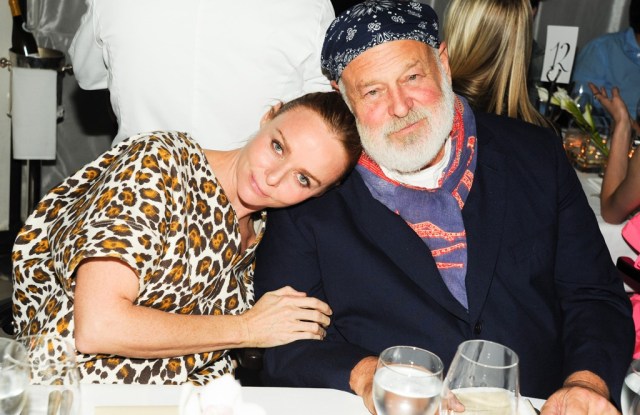 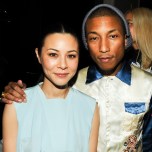 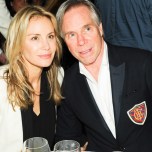 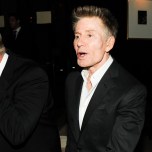 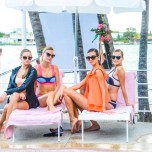 Stella McCartney took a swan dive into Art Basel this year. Doing double duty on Tuesday, the designer hosted the ultimate backyard bash for her Adidas collaboration’s spring collection and a Vanity Fair dinner honoring video artist Bill Viola and his exhibit at the Museum of Contemporary Art, North Miami. All signs from a new Bal Harbour boutique to Miami’s active, outdoor lifestyle to Basel’s international spotlight pointed to her participation at last.

“I could tell it’s a big deal just from the people I knew coming over on the plane,” she said. “Basel’s got pull.”

Guests swirled mojitos with sugarcane sticks while models staged exercise vignettes in and out of the pool at a midcentury modern home in Surfside, Jennifer Rubell’s old hood on Biscayne Bay. Paddleboarding is the new yoga, according to McCartney, who expanded her offering for the water sport with Neoprene pants in coral and navy blue and a color-blocked bootie, in addition to UV-protection rash guards and seam-sealed wet suits.

“A lot of sports come and go, but this one seems to have longevity,” said McCartney.

Then it was off to Boca Raton for a charity dinner and personal appearance at Saks Fifth Avenue, where she has a shop-in-shop. Good thing her Adizero running shoes are marathon-worthy.