The documentary recounts the 1973 fashion show at Versailles with American and French designers. 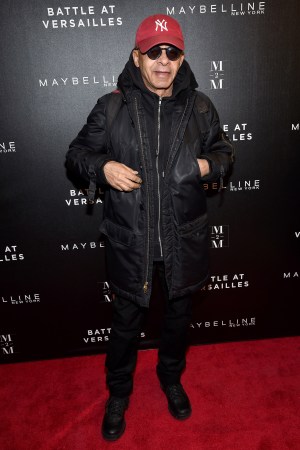 It was the Super Bowl of fashion.

The Battle of Versailles, the 1973 fashion show organized by Eleanor Lambert and Versailles curator Gerald Van der Kemp, which raised money for the palace’s renovations, shares a very special, somewhat singular place in fashion history. It was the event that really distilled the idea that fashion could be seen as something of a blood sport. On the French team? Yves Saint Laurent, Pierre Cardin, Emanuel Ungaro, Christian Dior and Hubert de Givenchy, who were pitted against an equally strapping crew of Americans: Stephen Burrows, Halston, Bill Blass and Anne Klein (who brought along her assistant, a young Donna Karan) in the ultimate battle of taste.

A Cold War of sorts had been brewing for years between the two sides, with the French turning up their noses to the Americans and the Americans accusing the French of being snooty and antiquated. “It’s a story that’s worth being retold,” WME/IMG chief content officer Mark Shapiro said Thursday night. It was the premiere of “Battle at Versailles,” developed by M2M, WME and IMG’s all-fashion digital channel that launched late last year. This is their first film.

The film features cameos by several of the American models who walked in the show and other fashion luminaries (including WWD’s late publisher John B. Fairchild, who was the one who coined the phrase “battle of Versailles”). “There were so many breakthroughs — it was huge for American fashion, it was huge for Paris fashion,” Shapiro continued from The Paris Theatre. “It pushed them to be better. It put us on the map. It really reinvented the way fashion shows go.”

Bruce Willis, John Targon and Scott Studenberg, Ajak Deng, Fern Mallis, James LaForce and Nick Graham were among those who came out to boost their knowledge of fashion history and mingle.

“It made me cry,” said an emotional Burrows afterwards from The Rose Club in The Plaza Hotel. “It was so long ago! That it’s still relevant is amazing. You don’t have creativity like you had back then; it’s just different. The whole thing is done differently.”