Steve Madden Has Nothing Left to Hide 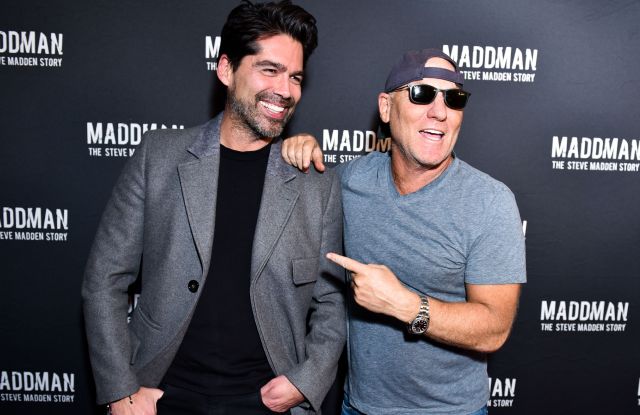 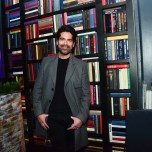 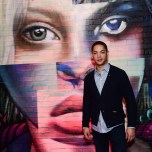 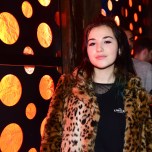 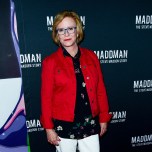 The affable shoe designer, who grew his label into a billion-dollar company over nearly 30 years, delivers his thoughts in a rapid-fire manner, often interrupting himself.

“I don’t know what we would do without coffee,” he declared Thursday night at the iPic Theater for the New York premiere of “Maddman,” a feature-length documentary about his occasionally tumultuous life, which is now available on iTunes. The film reveals Madden’s story of success with gritty details including substance abuse and a 22-month stint in federal prison for stock fraud.

“If you just go and let it all hang out, then you have no secrets so there’s no shame,” he continued.

The 59-year-old, wearing a baseball cap and grey v-neck T-shirt that exposed a patch of color-coordinating chest hair, stopped midsentence. “Who’s that?” he asked, visibly distracted by the entrance of Kelly Bensimon. “OK, anyway, that’s the best way to do it.”

It’s this rapid-fire stream of consciousness that makes Madden equal parts entertaining and intriguing, but was a “complete pain in the ass” for director Ben Patterson, who worked for several years in assembling the film’s raw and compelling interviews.

“Steve isn’t Manolo Blahnik,” said Patterson. “He’s not Karl Lagerfeld. Steve is a grinding, gritty dude. He could be a football coach, he could be a general, he could be a gangster. He’s ADD all over the place.”

Patterson, who started working with Madden on advertising campaigns, saw the importance in exposing the entrepreneur’s unlikely rise to success, along with the humbling pratfalls he’s endured along the way. “He’s been a drug addict, he’s gone to prison, he’s gotten divorced and he’s someone that bounces back,” added the Ohio native. “There’s something really fascinating in the psyche of someone so driven. It’s not everybody.”

Guests of the Cinema Society-hosted evening — including Fern Mallis, actress Krystal Joy Brown, and models Alex Lundqvist, Hans Wiener and Mariah Strongin — celebrated after the screening with a party at The Tuck Room, a speakeasy-style bar above the deluxe downtown theaters.

“I thought it was great,” offered Stevie Madden, the nine-year-old daughter of the designer, who confidently navigated through the thick crowd. For the designer, exposing his young children to all aspects of his life is crucial and he hopes his story can help serve as inspiration to others.

“You’re only as sick as your secrets, right? I’d like to reach some younger kids,” he continued. “Let them know they can overcome adversity.” With that, Madden’s hyperactive mind suddenly switches gears once again, raising his cell phone to his head. “Let’s take a selfie,” he exclaimed.