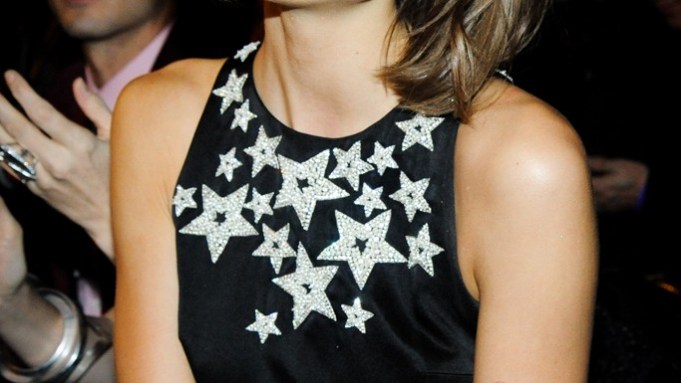 Ladies with an attitude and fellas that were in the mood — although biological genders were often in a state of flux in this case — descended on the W Union Square hotel in New York Wednesday night for a voguing ball in support of the American Foundation for AIDS Research. The sociologically complex ballroom scene often pays homage to the glamour and hauteur of runway shows, but the fashion world returned the compliment here, with Jason Wu, Richard Chai, Lily Donaldson, BryanBoy and Derek Blasberg presenting awards to the preening winners of a series of catwalk battles. Judges — including Fergie, Simon Doonan, Paper’s Mickey Boardman and W magazine’s Edward Enninful — critiqued the eye-popping costumes and contortions of the contestants from various voguing houses with names like Miyake, Mugler, Balenciaga and Xtravaganza.

“It’s all about expression and bringing your identity out through your clothes, your makeup and your dance. A traditional fashion show is about the fantasy of the designer, but a voguing show is about the fantasy of the individual performer, ” said Fergie of her enthusiasm for the underground art form. When the actual Isaac Mizrahi popped up on stage with Andrew Mizrahi of the voguing house of Mizrahi, it was a bit like Luke Skywalker meeting Darth Vader, but with more swishing.

Prabal Gurung, Zac Posen and Pat McGrath cheered with encouragement to the slithering, sashaying performers onstage. Emcee Kelly Osbourne admitted to regularly voguing in front of her bedroom mirror at home. “It takes a special kind of person to do it in public,” she noted.

A posse of top models including Karlie Kloss, Anne V., Anja Rubik and Nicole Trunfio took mental notes of the catwalkers, such as 13-year-old Diva Divanna and veteran Tyra Ross, born a male but now as shapely and arguably prettier than her supermodel namesake. “I need to take a few dance lessons and learn how to walk. My perspective has totally changed — I need some help,” said Kloss with a laugh.

“This event took our community to the next level,” said Devon Webster, aka Pony of the House of Comme des Garçons, who helped organize the fete, officially titled the W Love Hangover Ball. “We’re different from everybody else and it’s intimidating to be judged by the real world. But this shows that this community is bigger than just Madonna.”