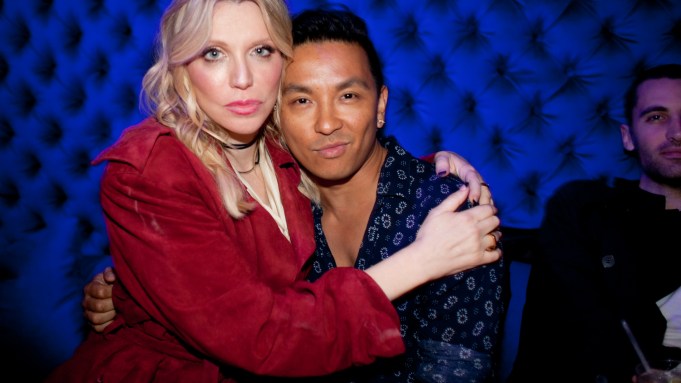 “I don’t want to sound like everything in the past is always great,” said Ian Schrager, clearly about to do just that, “but I haven’t seen anything that has taken the place of Studio 54, since we did it.”

Surrounded by an unexplained camera crew, Schrager was the center of attention Tuesday night at the opening of his latest hotel venture, Public, which promises to be the next hot spot institution for New York nightlife. To celebrate, the Chrystie Street hotel was opened for a VIP dinner, courtesy of Jean-Georges Vongerichten restaurants Public Kitchen and Louis, followed by parties both downstairs and up on the roof, until the wee hours of Wednesday.

“It’s totally different — when I was involved with nightlife, it was the garage era, when rock ‘n’ roll was made in garages, technology was invented in garages…when I was in it, everything culminated with you owning something,” Schrager said. “And there was nothing that you couldn’t get up the next morning and walk away from. Now nobody owns anything. Everybody moves around. It’s a different time. It’s 40 years later. If you build something special, people come. I’ve been wanting to do a hotel downtown for years, and never found the right opportunity. This is it.”

“It’ll never be the same, obviously,” said Norma Kamali following dinner, after giving Schrager a welcome hug. “But the thing about Ian is he has an intuition and instinct on how to create an environment where people really enjoy themselves and feel very free-spirited. Whatever he does, that component is always a part of it. This space, clearly, is beautifully done, high-quality and attentive to detail, but the most important factor is that everyone will experience the space and enjoy it. And I’ve known Ian forever, so I’ve seen everything he’s ever done. That’s the key.”

“We met with Ian three years ago, when this was just a hole in the ground, and we just felt that nightlife was changing,” said Carlos Quirarte, owner of The Smile and Le Turtle, who operates the downstairs venue Public Arts. “You have people like Peggy Siegal who do these premieres, but then the after party is somewhere else. We are like, ‘Why can’t we just do a space where we can do it all?’”

The 2017 marker of a good party? If the Brooklyn kids made the trek.

“Downtown has obviously changed very much, and it’s hard to distinguish – all of Manhattan seems kind of the same,” Quirarte said. “But we wanted to do something that would pull people from over the bridge. These kids live in Brooklyn — they don’t have to come here. They can party in Brooklyn. We wanted to make it worth their time.”

For Prabal Gurung, his ideal night out involves “any place that has music, my good friends and someone crazy.”

After dinner, Patti Smith performed poetry and music for the crowd, which seemed to be settling into the space like naturals. Gurung waited for the performance at a back booth, taking selfies with Courtney Love — his party standards seemingly met.