Stylebop and Next Throw Paris Bash

Rita Ora, Noomi Rapace and Olivia Palermo were among attendees at the dinner on Sunday night in Paris’ Caviar Kaspia. 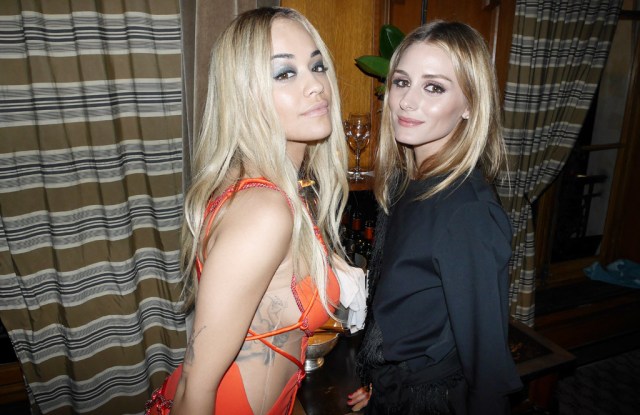 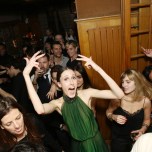 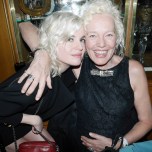 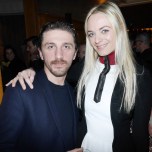 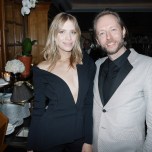 TALENT SCOUT: Rita Ora, Noomi Rapace and Olivia Palermo were among attendees at the dinner thrown by Stylebop and Next on Sunday night at Paris’ Caviar Kaspia.

The hosts were Leila Yavari, fashion editor and buying director of the luxury fashion Web site, and the talent agency’s president of Europe, Saif Mahdi. The pair held the first such event last year.

“We made it despite the storm,” said Palermo after arriving with her husband Johannes Huebl, referring to the massive snowstorm that had snarled the East Coast of the U.S. “I am looking forward to the shows — Schiaparelli, Giambattista Valli, Elie Saab and Valentino.”

Back in New York before fashion week kicks off there, Palermo, who was sporting a Tibi top and Proenza Schouler skirt, is to launch her first collection with Nordstrom.

“Saif and I work with incredible talents,” Yavari added, thanking the agency president. “There are so many people in this room who owe their career to you. You’re a champion of diversity in the fashion industry. That’s desperately needed.”

“It was wild: Marilyn Manson spit in the mouth of a 16-year-old girl — Meredith Mickelson. He’s wilder than me for sure,“ she said.

“We’ve seen each other a few times,” said the singer, sporting a Versace minidress.

“That would be amazing one day,” she said.

Speaking of actresses, hair stylist John Nollet said he’ll be busy over the next few days working with Uma Thurman, who went to the Ralph & Russo show on Monday.

Meanwhile, rising French actor Jesse Rémond Lacroix said his contract as an ambassador for Viktor & Rolf has just been renewed.

She plays the same role Emily Blunt did in the other version. The actress is also working on her third film as a director starring Leïla Bekhti, who is also a L’Oréal Paris face.

“It’s about sorority,” she said. “Leïla is like my younger sister.”

Rapace, wearing Moschino, showed Polaroid photos that she took while in Paris.

After Caviar Kaspia’s signature potato and raspberries paired with vodka, everyone took to their feet — dancing.