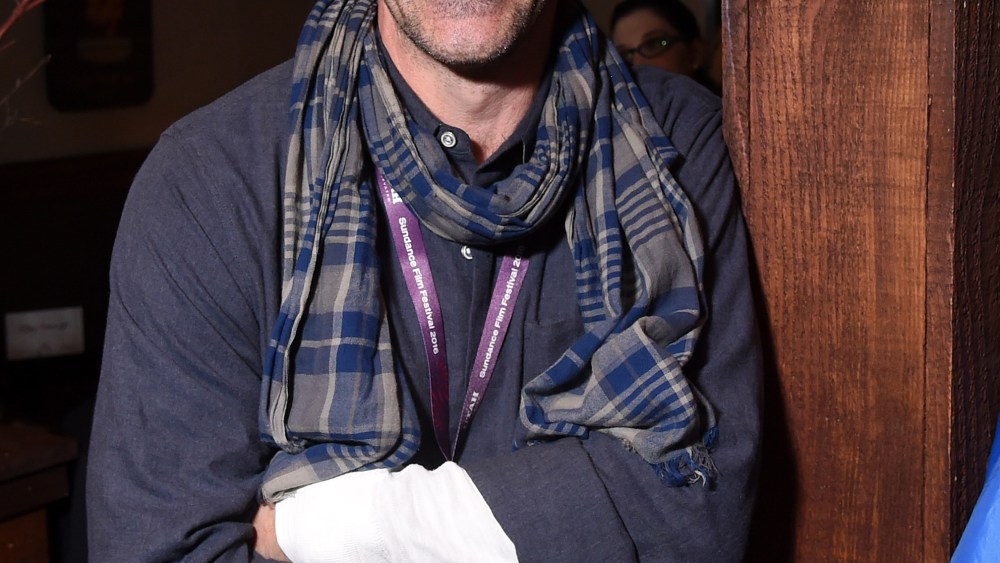 The snow and the star traffic picked up on Saturday night, Day Three of the Sundance Film Festival. Kate Beckinsale, Matt Damon, Allison Janney, Casey Affleck and Jon Hamm were among those out and about in downtown Park City. Ellen Page was on hand for the premiere of her new film “Tallulah” at the Eccles Center Theatre alongside costars Janney and Tammy Blanchard, and writer/director Sian Heder. Following a rapturous response from the audience, the crew was off to a cocktail party at Wasatch Brew Pub. “Lu is one of the most fascinating characters I’d ever come across,” Page said of playing a young grifter who kidnaps a baby in a misguided attempt to protect it from a neglectful mother. “I felt immediately emotionally connected to her. What I found fascinating was how she navigated the world. So much had to do with a lot of her struggle in the past.”

No stranger to Sundance, Page acknowledged she got her big break in Hollywood thanks to the festival. “Sundance is a huge part in why I’m getting to act now,” she reflected. “’Hard Candy’ was here when I was 17 and that’s what allowed me to launch into lots of different things.” Page said she hoped to see some films, but that she’s “pretty much been working the whole time, which is typically the case. Of course there are movies I totally want to see, but I’ll probably have to wait until they come out.” Next in the pipeline, the actress has a Vice show called “Gaycation” debuting at the beginning of March. She’s also in pre-production on a project she’s producing with Kate Mara. “It’s a love story between Kate and myself,” she said. “Hopefully we’ll be shooting that this summer.”

Later in the day, Damon, Affleck, Kyle Chandler, Lucas Hedges, Anna Baryshnikov and director Kenneth Lonergan stepped out at the premiere of their family drama “Manchester by the Sea.” Following more rave reviews, most of the cast celebrated at the Chase Sapphire Preferred-hosted after party. “It’s always nice to watch how people respond to something,” said Affleck. “Well, I shouldn’t say always, but it was really nice.” Despite the praise for his performance, Affleck deflected the attention. “I felt great for Kenny. It must have felt really good after all that hard work to share it with an audience.” The actor said he was happy to be back at Sundance after his first outing 2000. “It’s come back to what it originally was. It’s people who like making and watching movies.”

Meanwhile, newcomer Hedges was still getting used to the circuit. “I have gum in my mouth. Is that OK?” After his publicist shook her head, he spit it out into her hand. As for the audience’s reaction to his performance, which offered some comic relief amid the intense drama, he said, “I didn’t realize that people would find me funny,” he said. “They did laugh sometimes, so I guess they did. Maybe.”

Later that night, Vanity Fair took over Wasatch Brew Pub for Starz’s “The Girlfriend Experience,” drawing Jon Hamm, Spike Lee, Jason Ritter, Nick Kroll, Jenny Slate, Adam Pally, Illeana Douglas and Dule Hill. Meanwhile, the show’s star, Riley Keough, kicked back at a private table with friends in a sharp black and gold striped ensemble. “I have no idea [who I’m wearing]!” she laughed. “I have a stylist. I wear, like, jeans and Adidas and hoodies. She forces me to look nice.” Based on Steven Soderbergh’s 2009 film “The Girlfriend Experience,” the show chronicles the life of a Chicago law student who becomes an escort. “We don’t sway the audience to feel a certain way. I think they executed it really well. When you watch it, it’s kinda like you’re creeping on this girl. [You feel like] you shouldn’t be watching,” she said.

As for debuting the television series at a film festival, Keough said it was a natural choice. “It was essentially a really long independent film. With the budget and costumes and lighting, it was extremely independent. And no one knew that was workable, but we did it.” She then started to discuss her trip to Utah, but stopped short. “I’ve been doing so many interviews that I don’t even know how I feel anymore about it,” she said. “I’m way over-intellectualizing everything.”

Clearly, Viggo Mortensen, Kathryn Hahn, Erin Moriarty, Missi Pyle, and the cast of “Captain Fantastic” felt similarly. Following their film’s premiere, the group hit the Acura Studio but bypassed chatting with reporters, instead making a beeline toward their reserved seats.